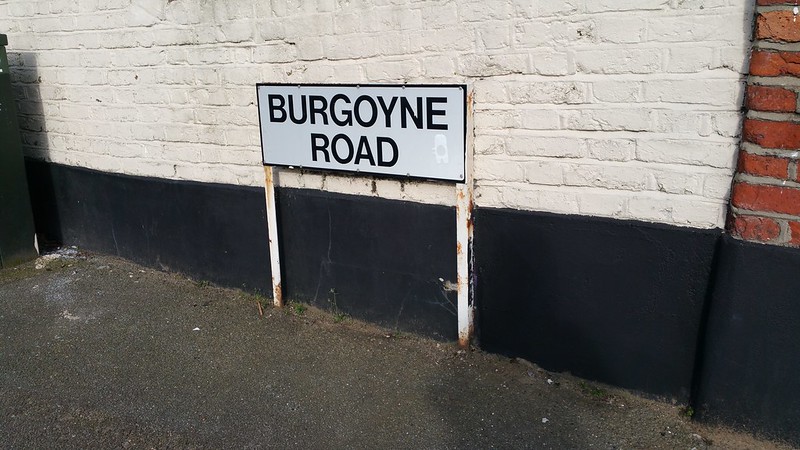 THIS IS HOW IT ENDED:

AND THIS IS HOW IT BEGAN: 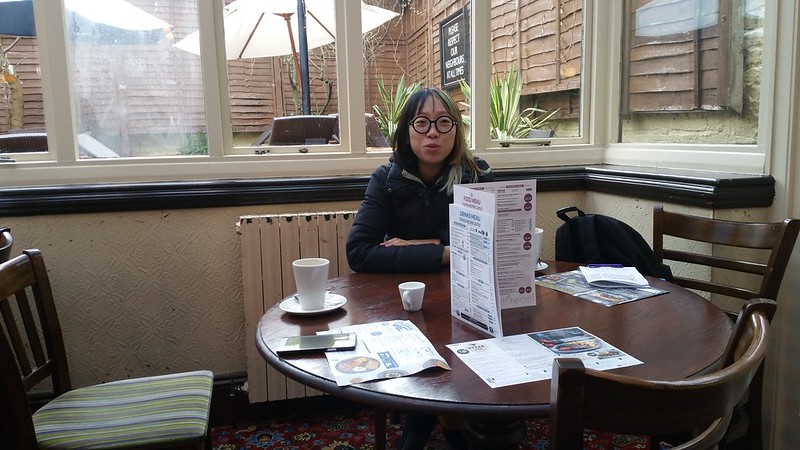 The walk usually begins in Woolwich, but I decided to start my loop in Stoke Newington. The first time that I came to the UK, the first area that I landed in happened to be Stoke Newington, and the first establishment I went to was also the splendid Rochester Castle which has the distinct honour of being the oldest Spoon, with its skylights, carpets, strange paintings, and wooden box seating. The familiar red-wine-and-pepper stained carpets of the humble Spoon! The extremely reasonable prices! So it seemed only fitting to begin my walk here with a hearty hot (kid-sized!) breakfast… 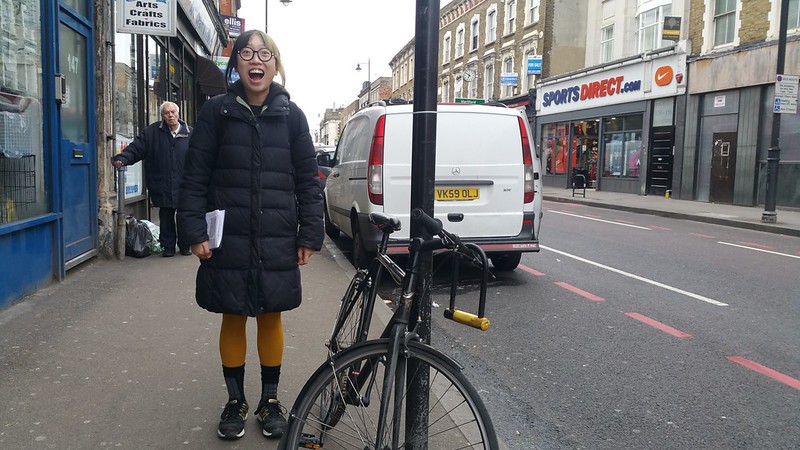 THE START! THE START! Why do I always make this unfortunate face on camera.
Most of Stoke Newington and Stamford Hill is already intimately familiar to me, having lived around those parts over the years. These parts of Hackney are scattered with these large rocks embedded into the pavement at junctions, and lots of community scribblings engraved into the pavement. At certain hours one also sees a lot of the Hasidic Jews with their distinctive hats (and secretive lives) quietly crossing from building to building. 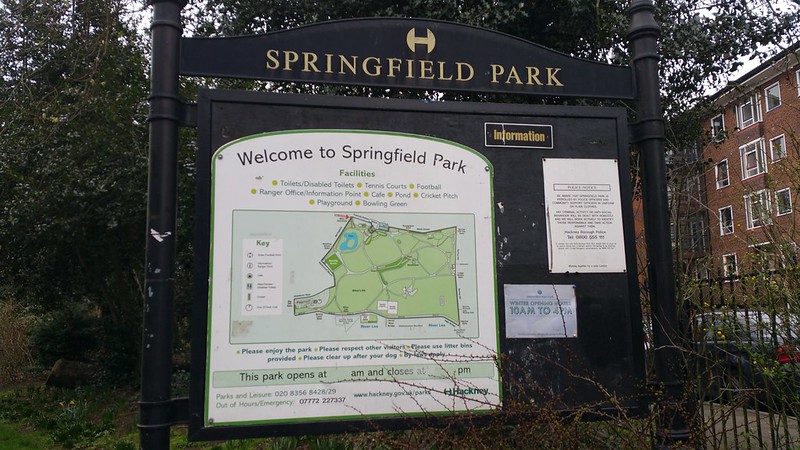 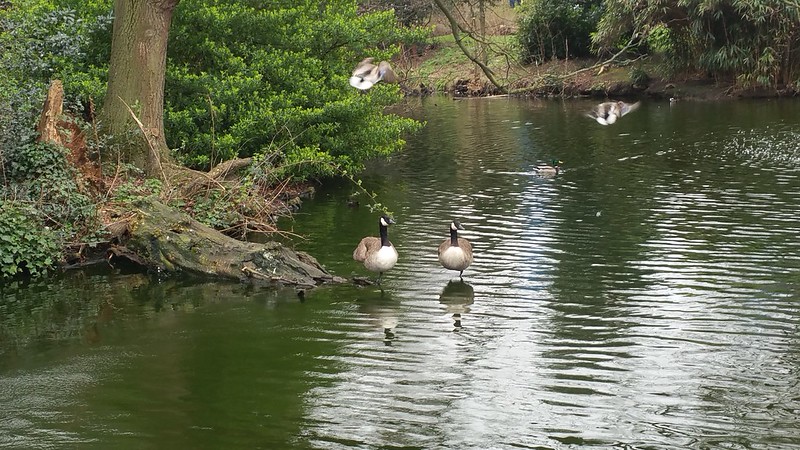 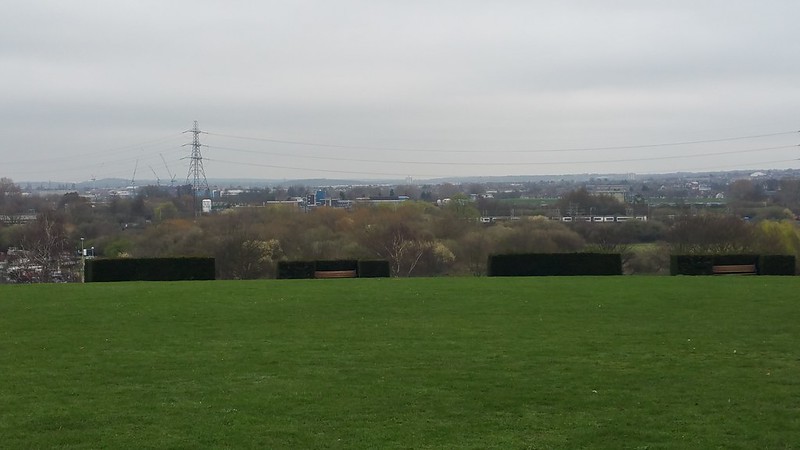 The first significant stop on this walk is Springfield Park, which I personally always seem to forget the name of, until I am there, because its name sounds so generic. Springfield is one of those words like Sunnyvale (SEE ALSO: TRAILER PARK BOYS, HOUSOS). I’m not sure if the name Stamford Hill refers to any particular hill really, but if it were to be a hill this is the point at which Upper Clapton riseth-upper to a peak, thus it involves what some would say is an open slope down into the valley of River Lea. But of course in Debbie’s world this hill is a potentially vertiginous tumble that reminds me of that one time I got on a bike in this park, instantly almost fell off it, and concluded that combination of said bicycle and hill was most certainly a DEATH TRAP. 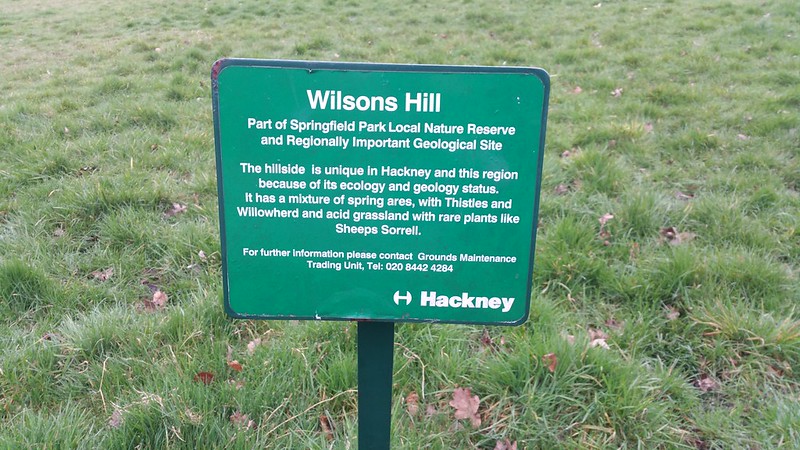 The most prominent part of the hill, also known as Wilsons Hill, has existed here for at least 200 years in this singularly sloped form. 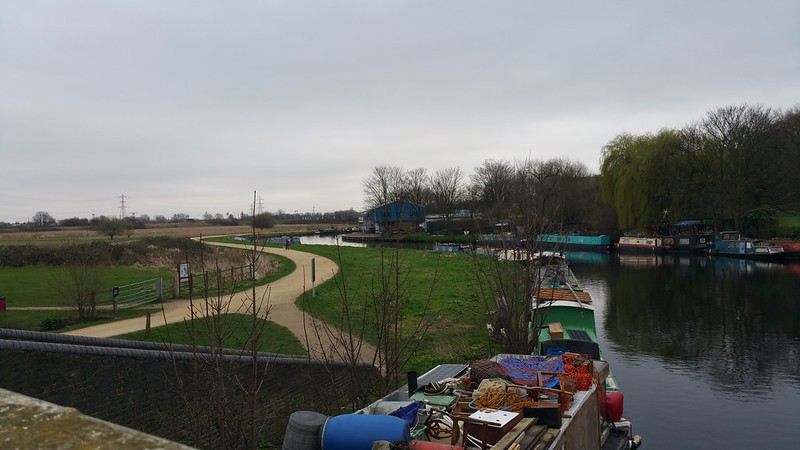 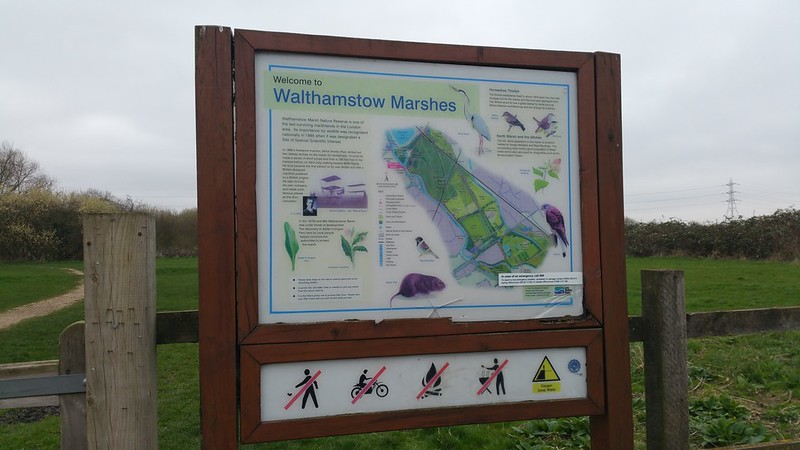 From the northern end of Springfield Park, there’s a gate and footbridge leads out into the Lea Valley’s Walthamstow Marshes. Variously spelt LEY, LEE and LEA, its original name was Ley, but it was more commonly written as Lea on maps, whilst Acts of Parliament referred to it as Lee. Ultimately it was decided that natural elements of the river would be spelt as LEA and man-made features would be spelt as LEE. As the natural river winds through here, it is spelt as LEA. 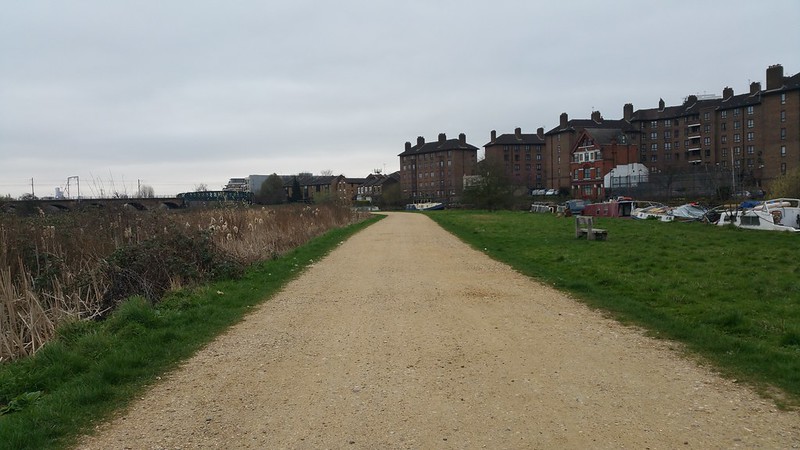 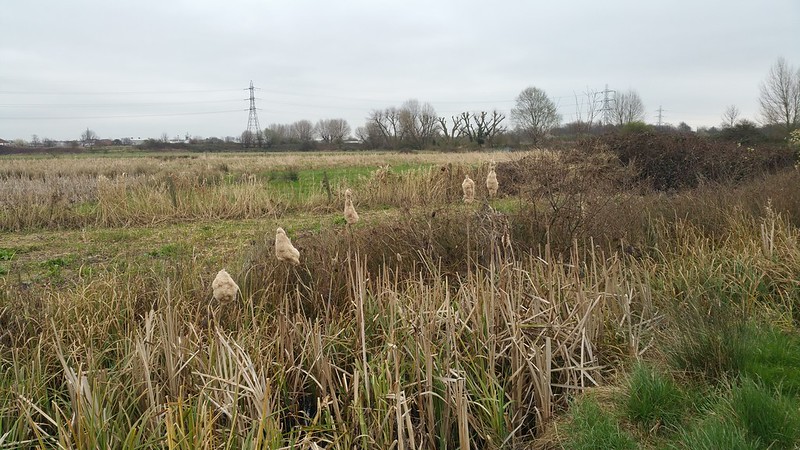 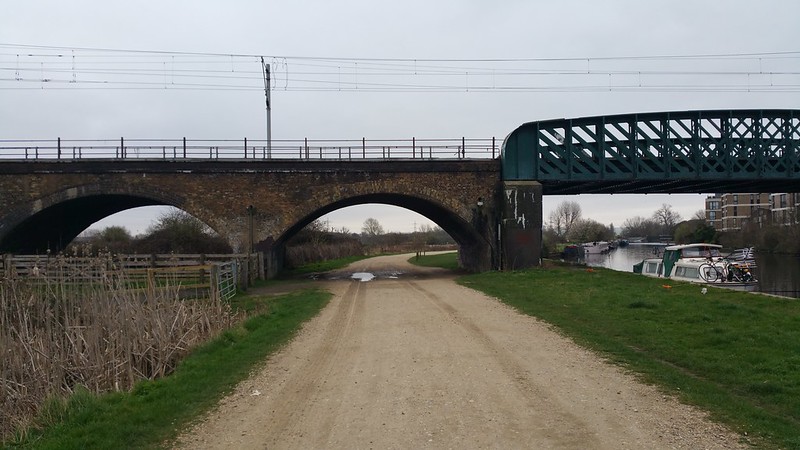 The open sandy track goes under a railway arch under which Aliot Verdon-Roe rented in 1909 to build his “Avroplane”, the first all-british tri-plane. He used the soft marshes of Walthamstow for his flight and crash landings. If you’ve ever seen one of these early experimental airplanes up close, it consists of wooden sticks and control cables and flaps and its one of my favourite eras of airplane building since it was so much so a prototype in progress and its an absolute marvel these precarious contraptions ever flew… 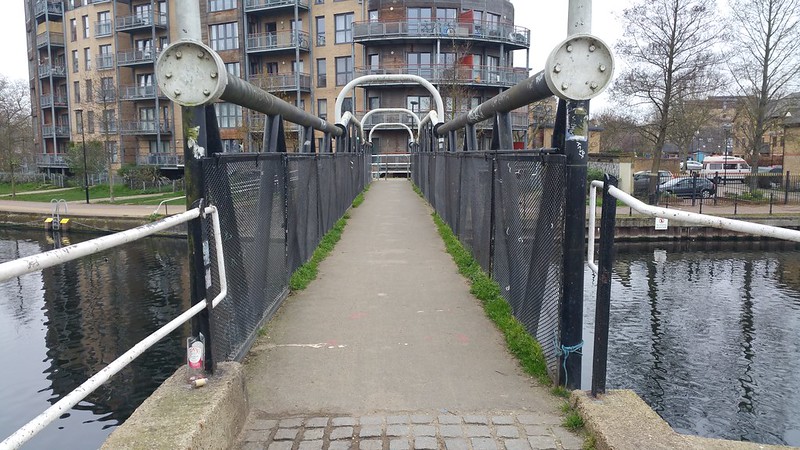 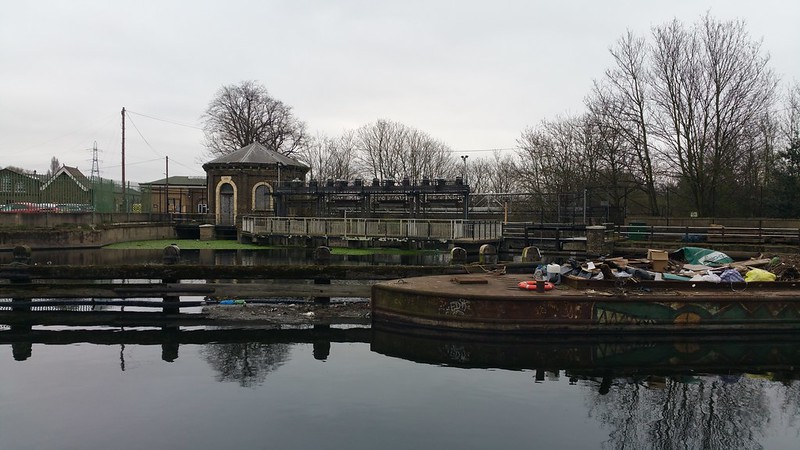 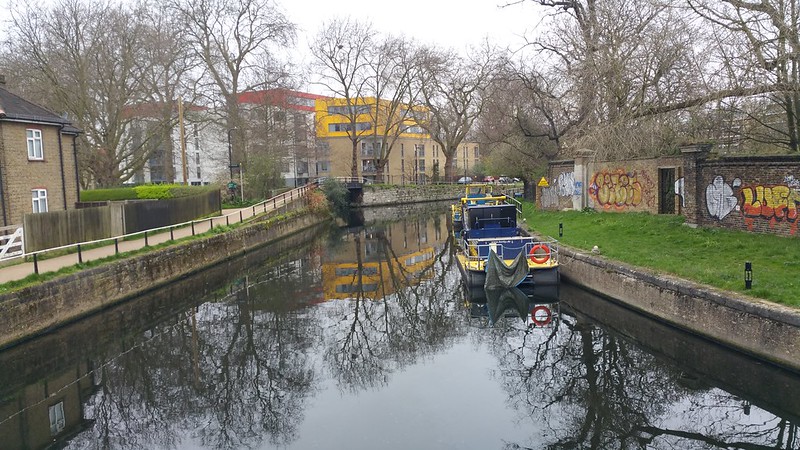 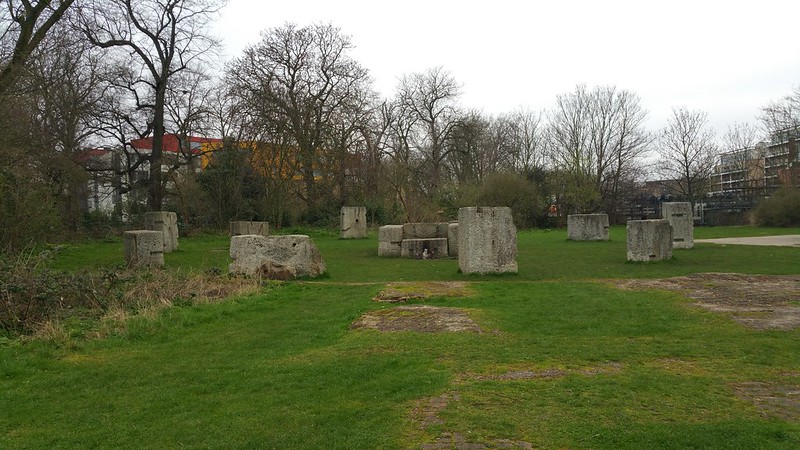 Middlesex Filter Beds
Continuing on via the heavy black “Kings Head” footbridge to the canalised section of the Lee Navigation, one eventually passes the Middlesex Filter Beds on the left, more commonly known as the Hackneyhenge because huge blocks of granite formerly used as the foundations of the engine house have been converted into a mini Stonehenge. 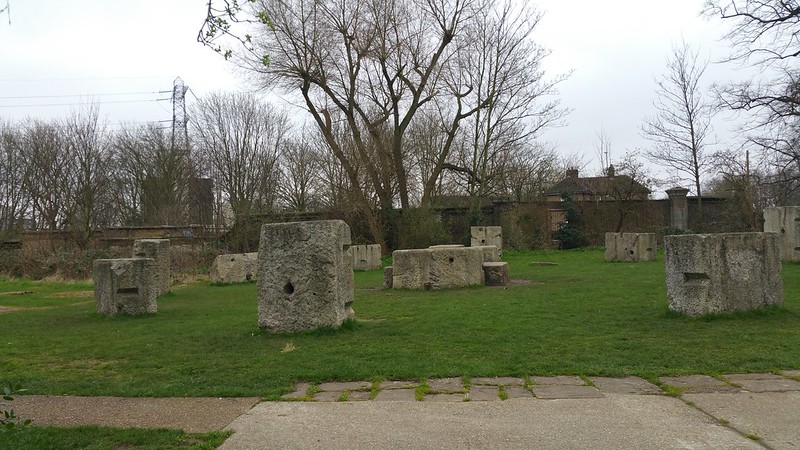 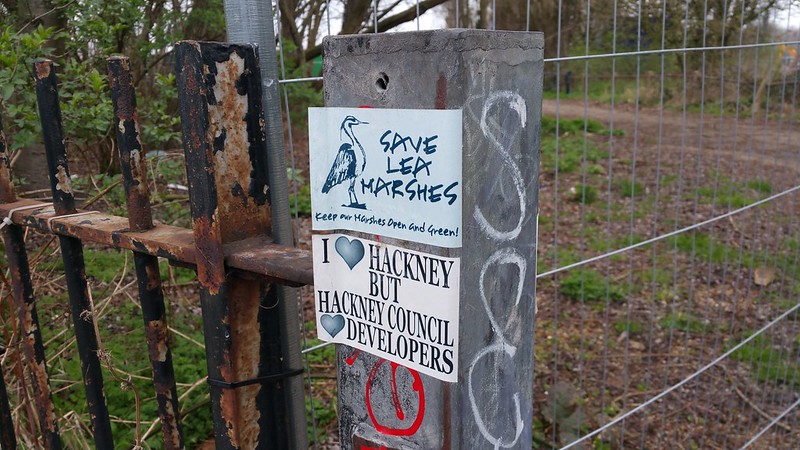 The canalway follows on for quite some distance, passing quite a lot of plane trees (including a giant dead plane tree cracked into two). 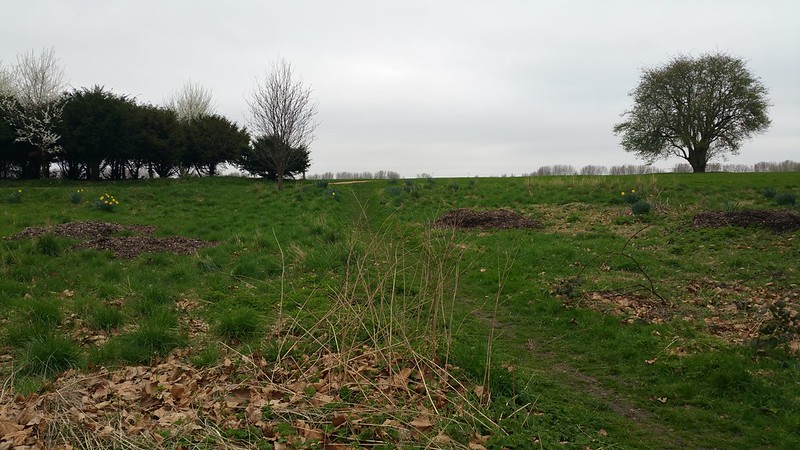 As recent as 1995 all of these woodlands did not exist; beyond the trees, the Hackney Marsh once were the site of WWII gun emplacements and bunkers. After the war its vast open space were used as football pitches, until the 90s when it was decided that part of the space would be converted back to woodland. The success of the woodland has been due to planting programmes as well an episode of accidental flooding in 1997 (water mains burst!) which attracted ducks and other waterfowl to move in on their own accord. 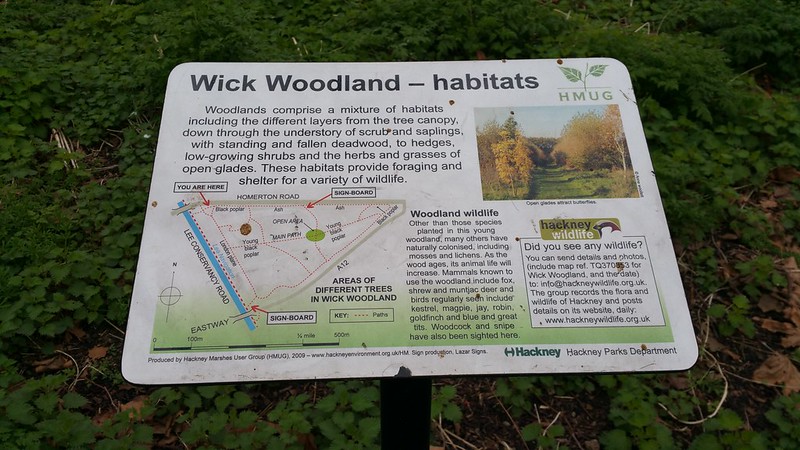 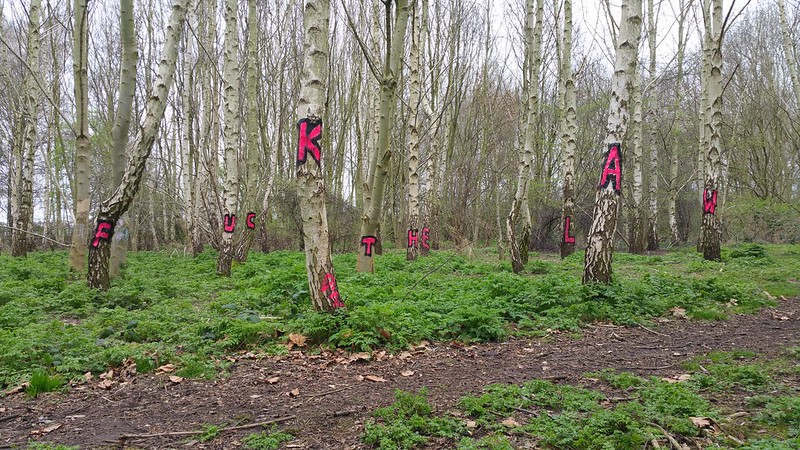 This segment of the walk ends at White Post Lane, just after a well-graffitied bridge and several giant murals of urban dogs, and we’re entering into Stratford Olympic territory proper… 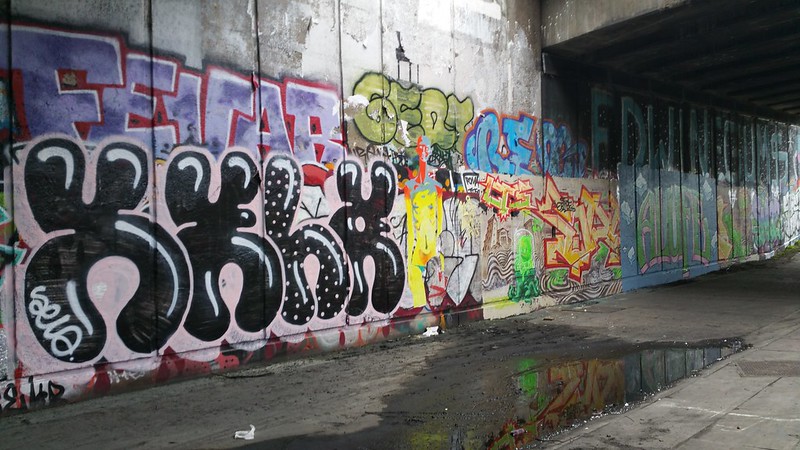 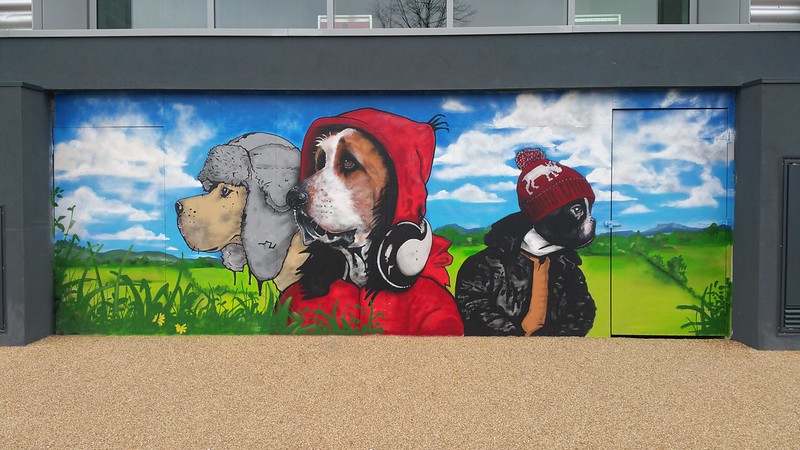 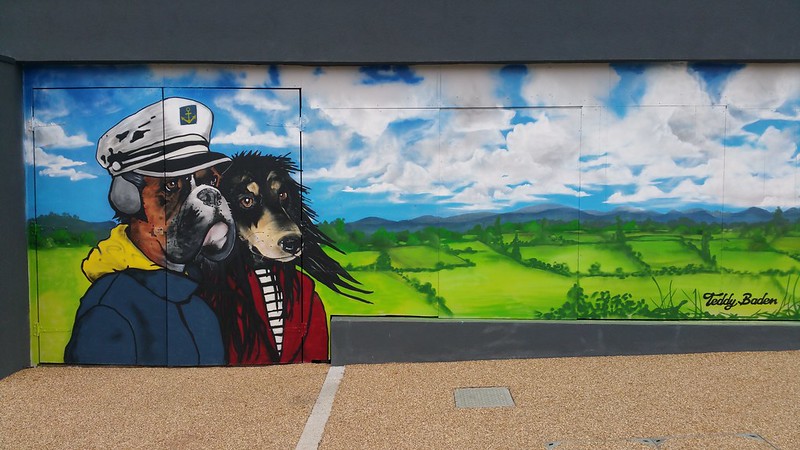 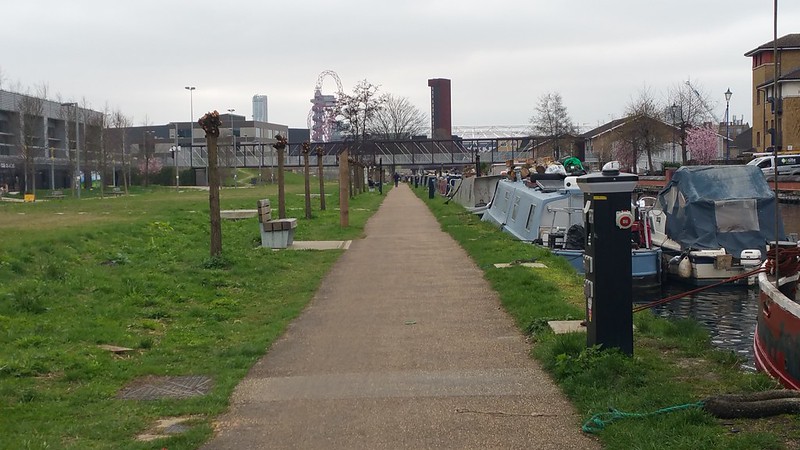 The visible change in the landscape says we’re entering Stratford! 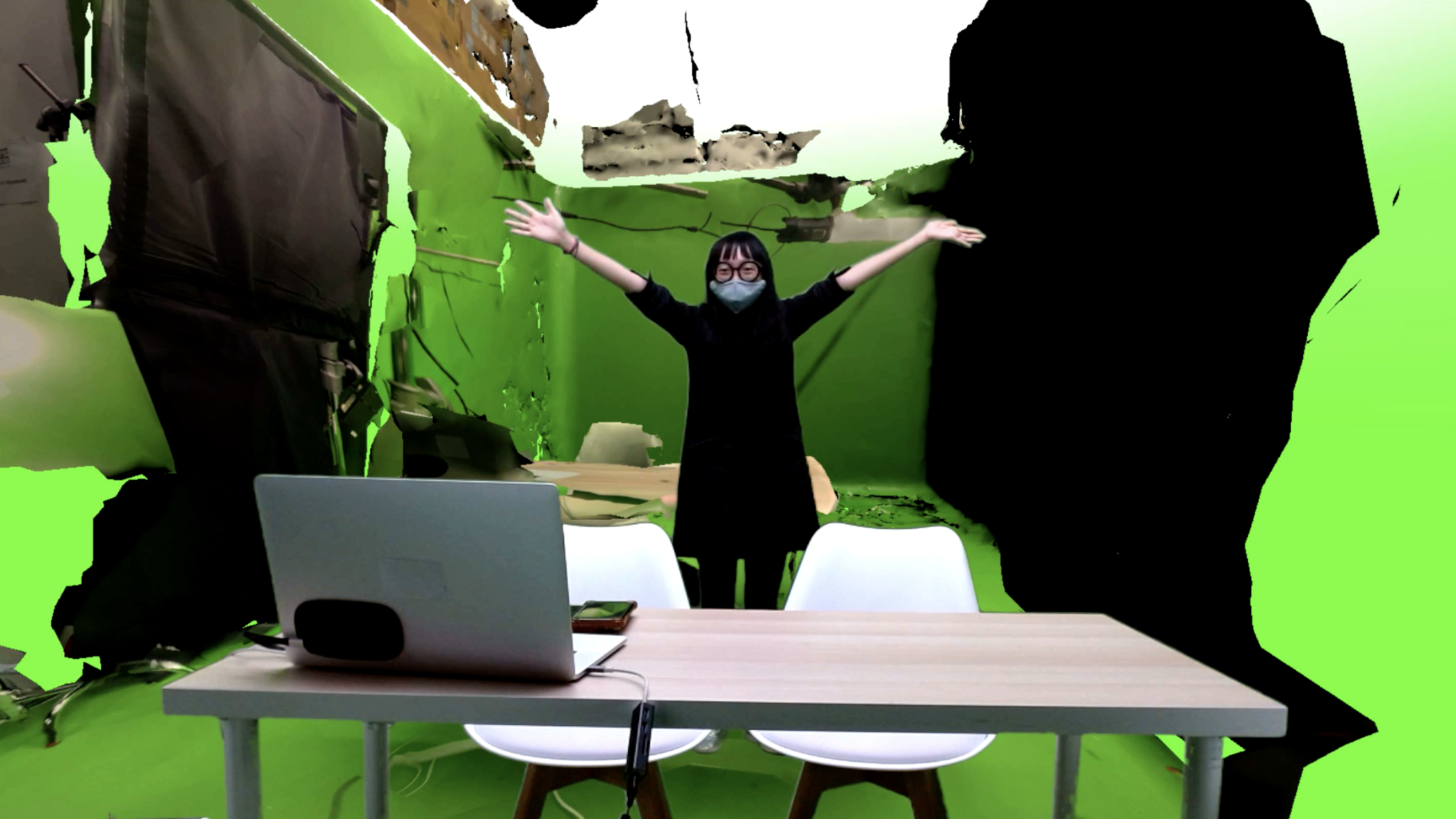 I was at the Clean & Green Hackathon over bits of the weekend, organised by NEA and run…
Debbie Ding