It has occured to me that I really should resume my documentation of various walks since some of my drafts are almost a year old now… SO I CAN KEEP IT CURRENT AGAIN IN THIS BLOG!!! Let me kick things off with a documentation of some of our weekend walks in Singapore… 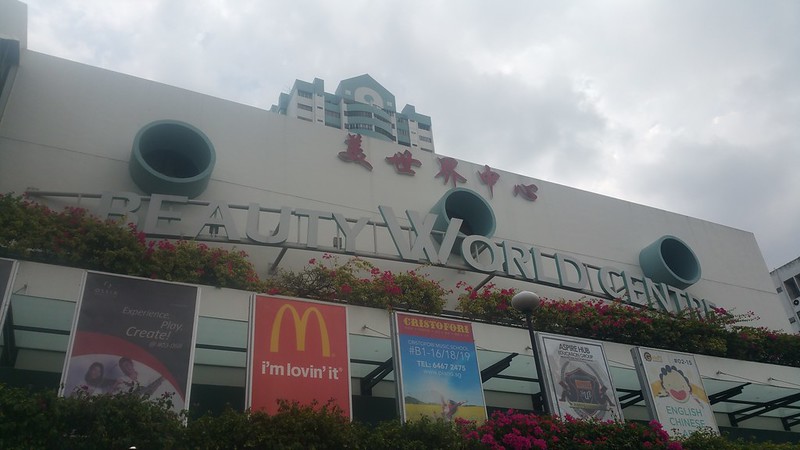 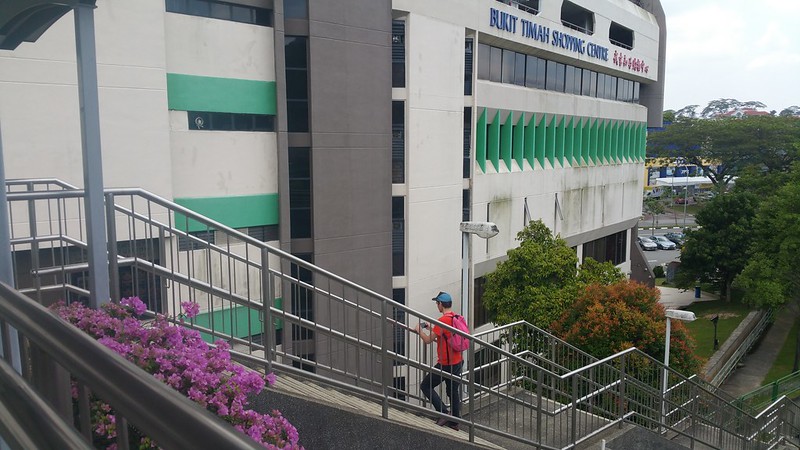 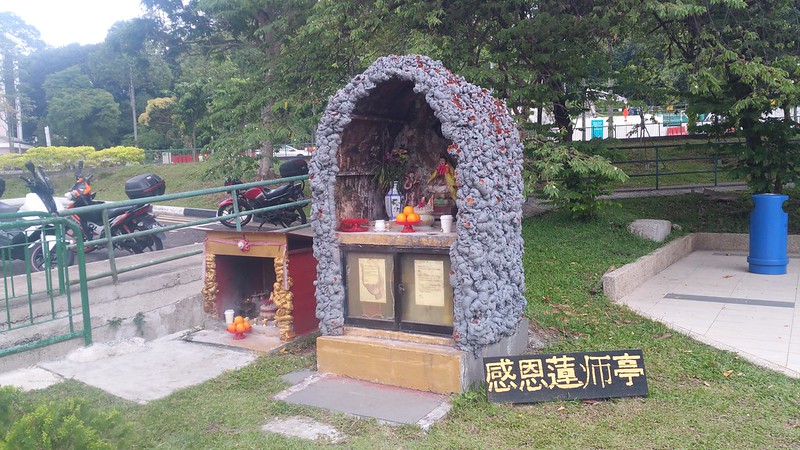 A few weekends ago we decided to go on a walk through the Bukit Timah Nature Reserve and began our journey on Upper Bukit Timah Road, near to Beauty World and Bukit Timah Shopping Centre, singularly populated by maid agencies and tuition centres. On the road itself at the end of the mall, there was this little “gratitude” altar made out of this extruded clay material. We were going to go through Hindhede Road and walk to the summit of Bukit Timah Hill… 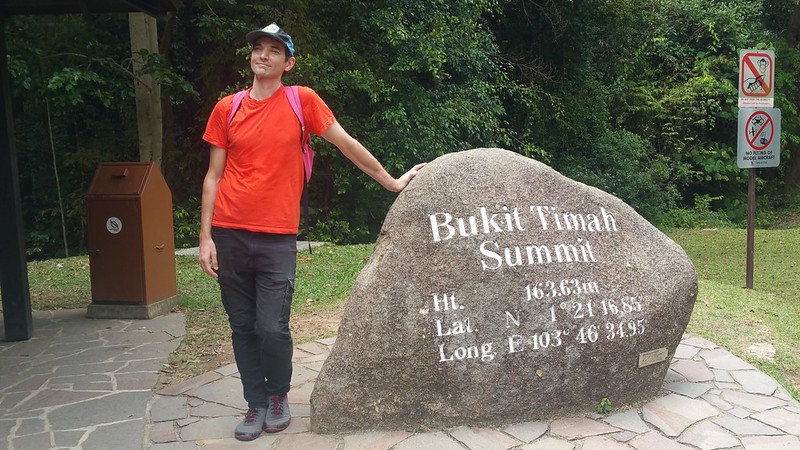 ….and then maybe because its just Singapore being small, but it seemed as if we got to the summit almost immediately after a little walking uphill and then everything from there was downhill (literally). At 163.63m high above sea level, this is Singapore’s highest hill (and largest primary forest, from which many botanical collections have been derived from). Deforested by the encroaching gambier and pepper plantations at its foothills, the forest was identified by the colonial government as an area to be conserved (although this only took effect after a significant portion of the forest was lost) and there were some reforestation works (largely involving economically useful trees though).

But is it so tiny? To be fair since we are talking of hills in cities, I looked it up for comparison: Hampstead Heath’s highest point is 134m, Crystal Palace’s Sydenham Hill is 112m, Muswell Hill is 105m, Highgate Hill is 100m. I suppose that most do not experience the hills in a direct fashion as our houses are not built on hills like these, whereas it is common to have houses on a steep hill in the UK. (I have a distinct memory of watching a television advert for a car on Singapore telly when I was young and snorting at the advert which was selling the fact that the vehicle could cruise up a 40 deg hill with a full load and no problem but in my limited experience when I was a child I never saw any hills matching that description in Singapore so it was a moot selling point to me!) 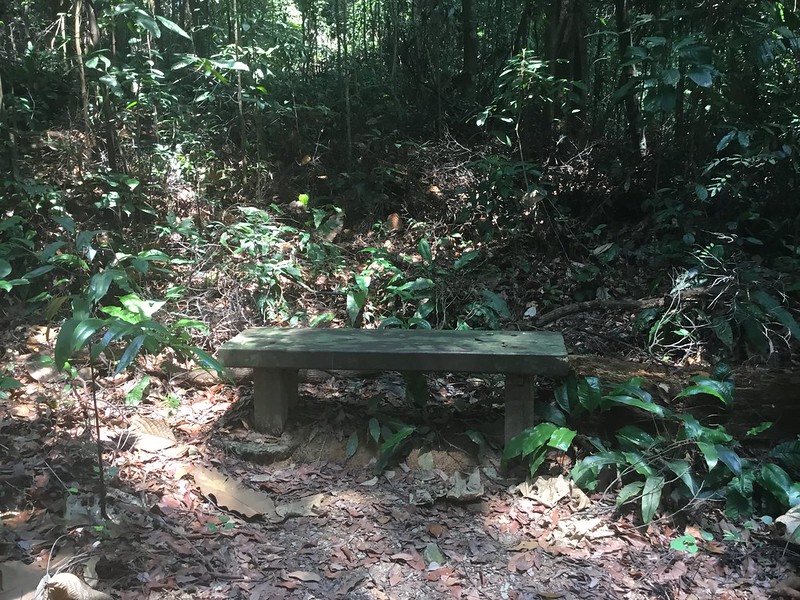 Lovely seat in the jungle – that is if you dont mind sitting still so that the mosquitos can eat you better. 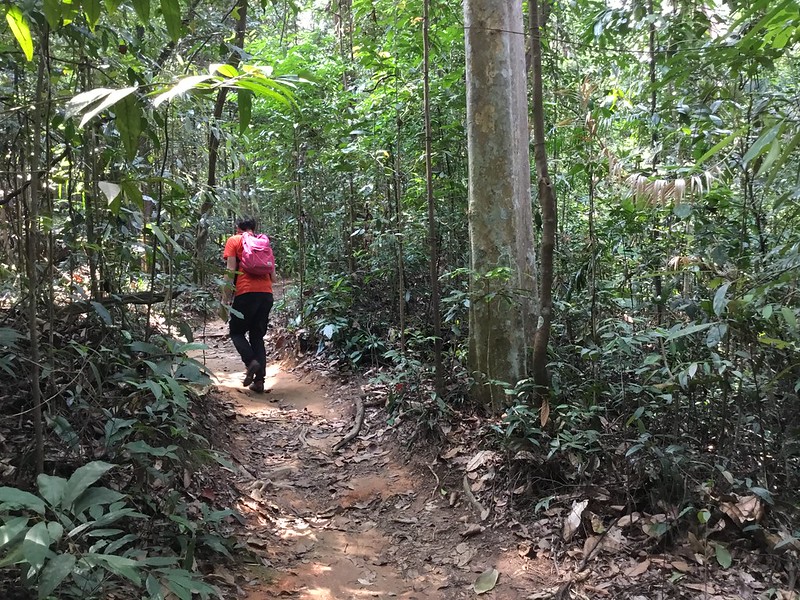 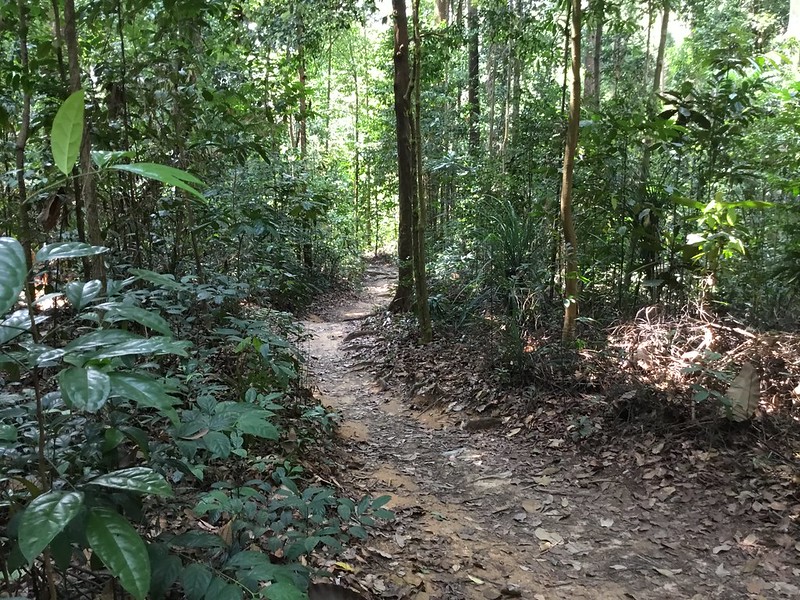 There were many forest paths but we did not see any unusual animals or monkeys. (Apparently I had oversold the prospect of sighting monkeys a wee bit too much to George) 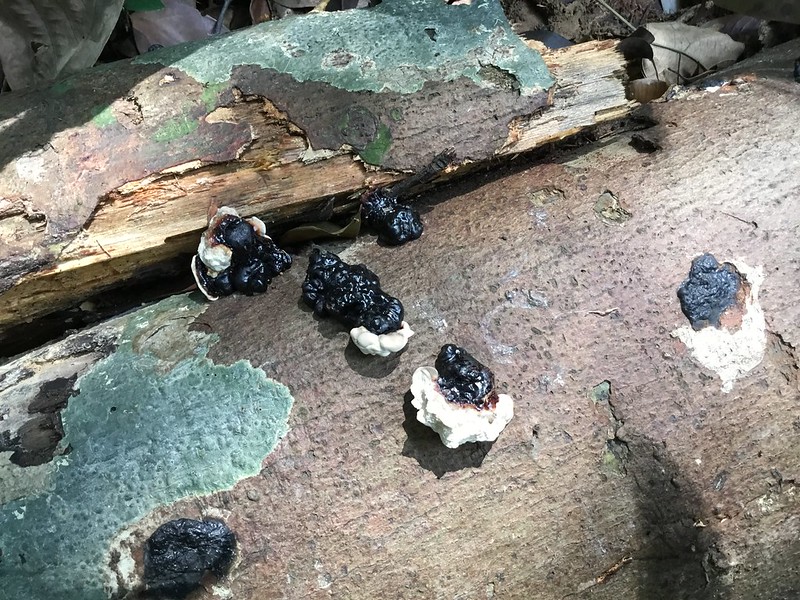 Weird black goo on a tree. 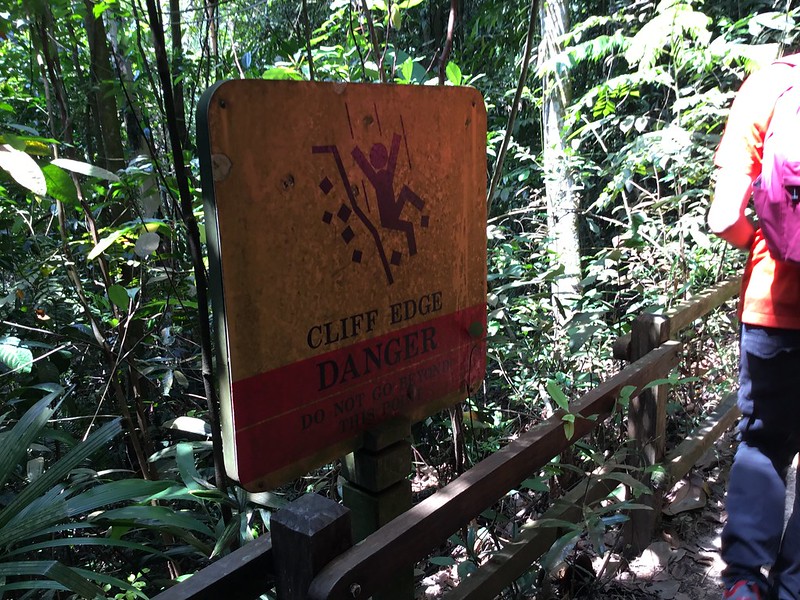 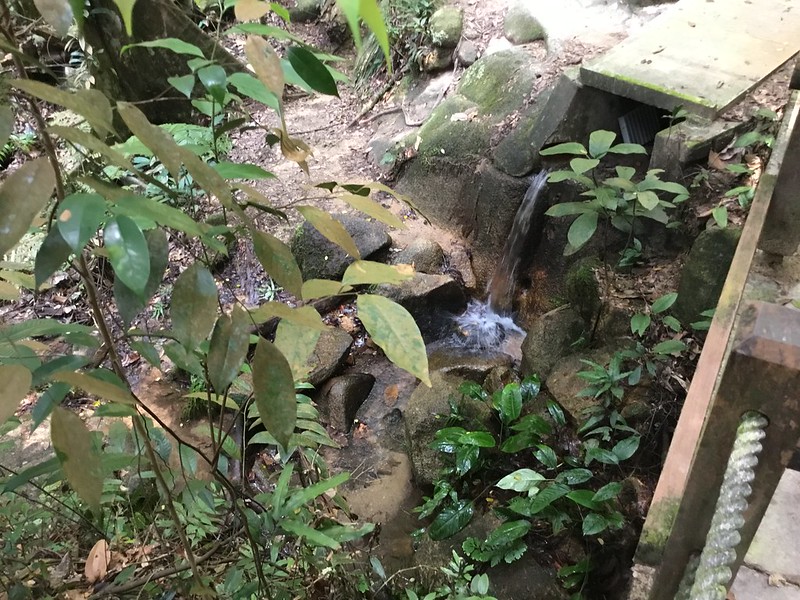 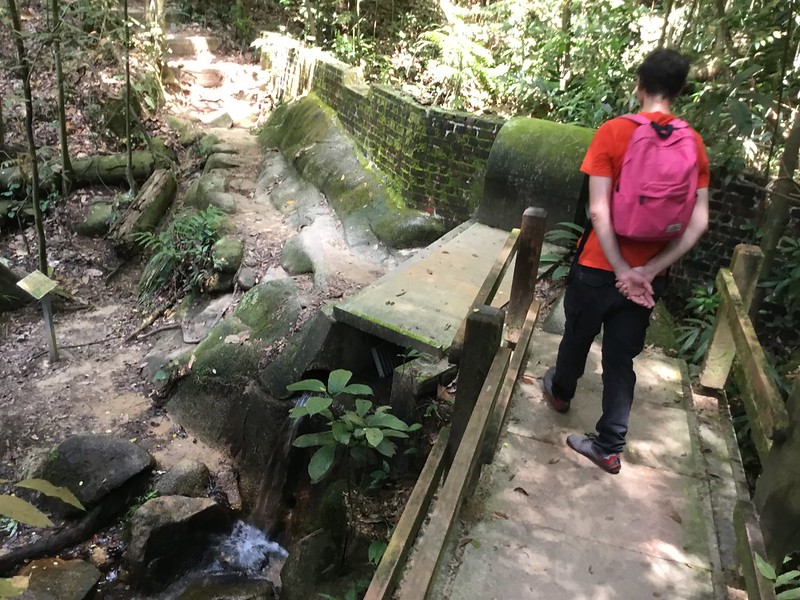 A little stream along the way 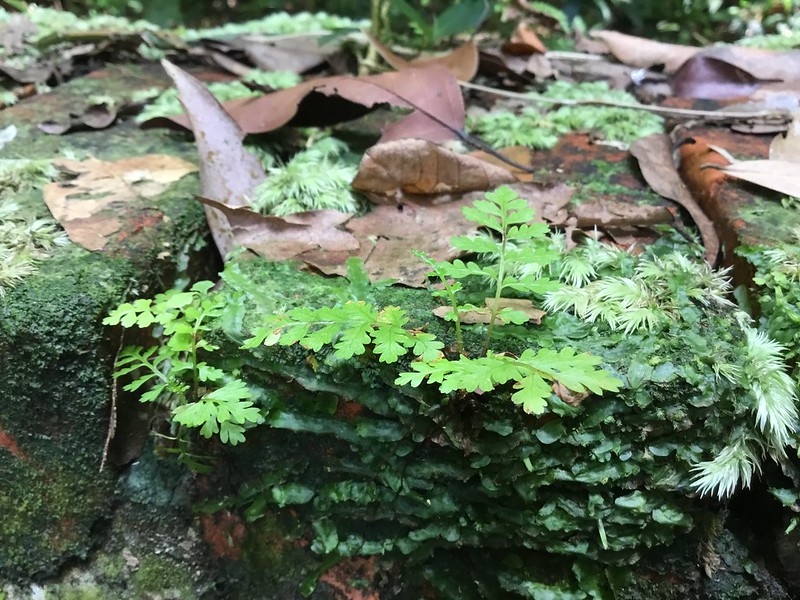 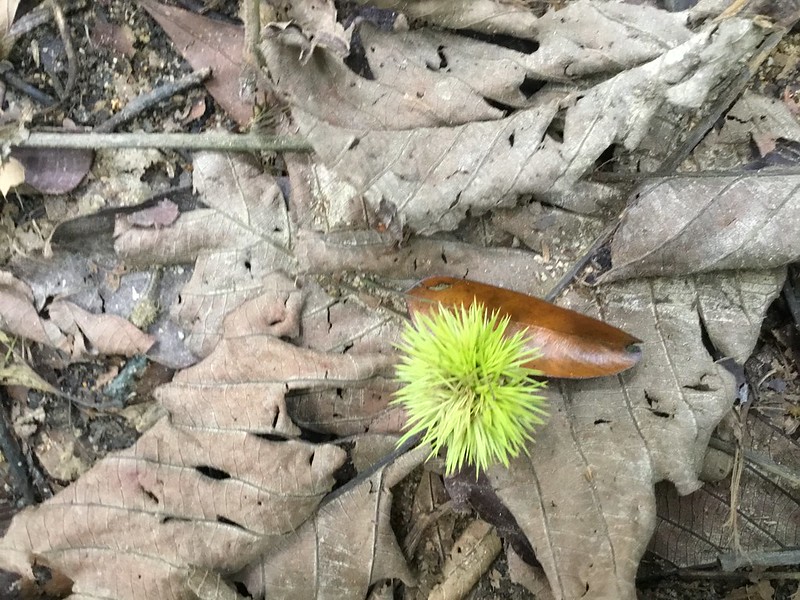 A prickly Rambutan, or an Allamanda’s fruit? 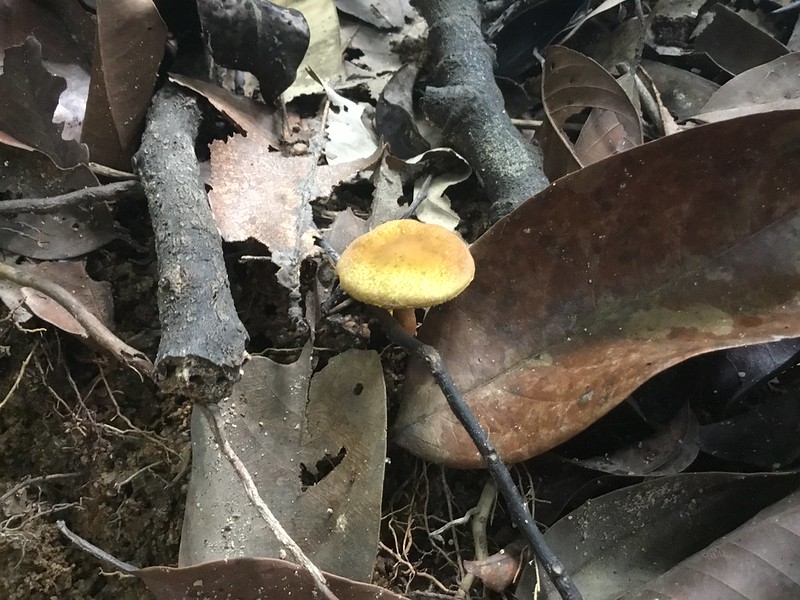 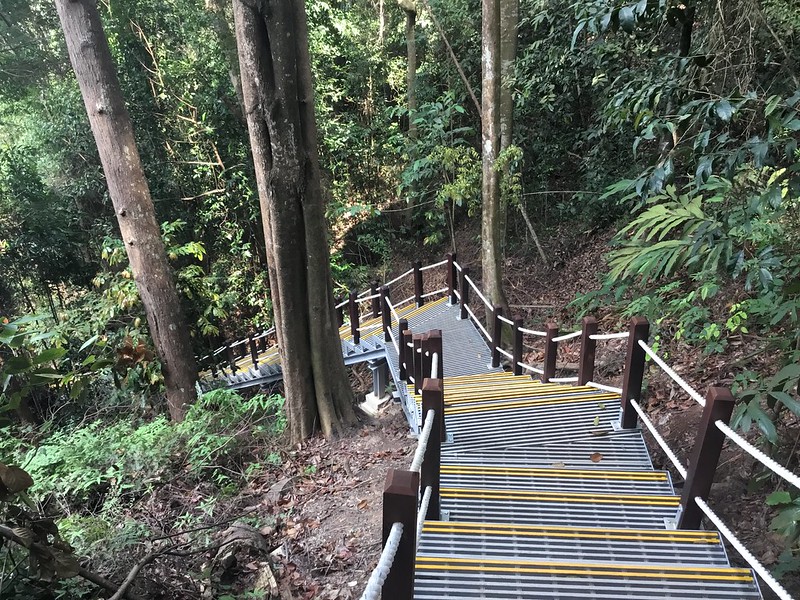 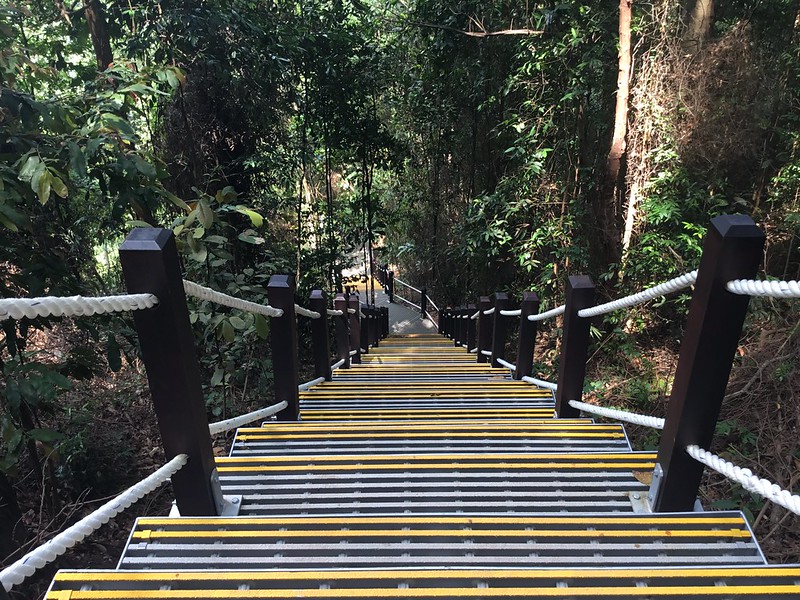 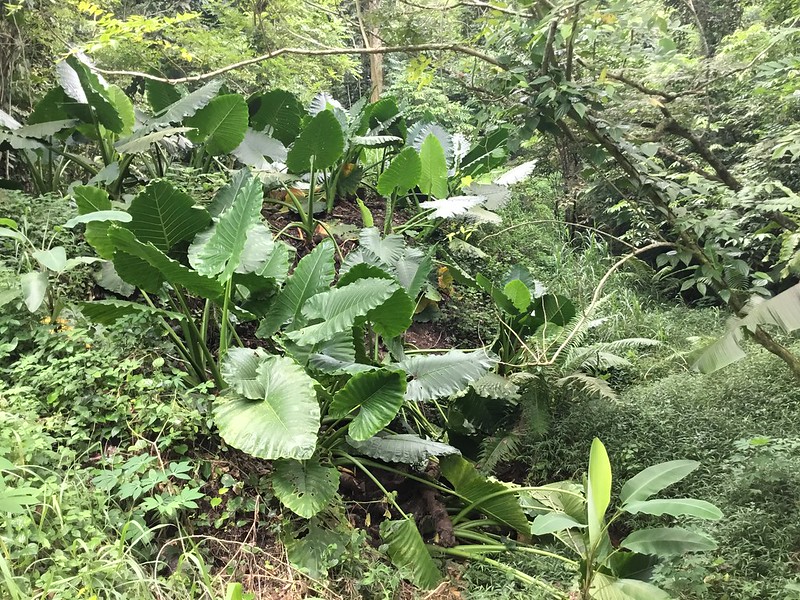 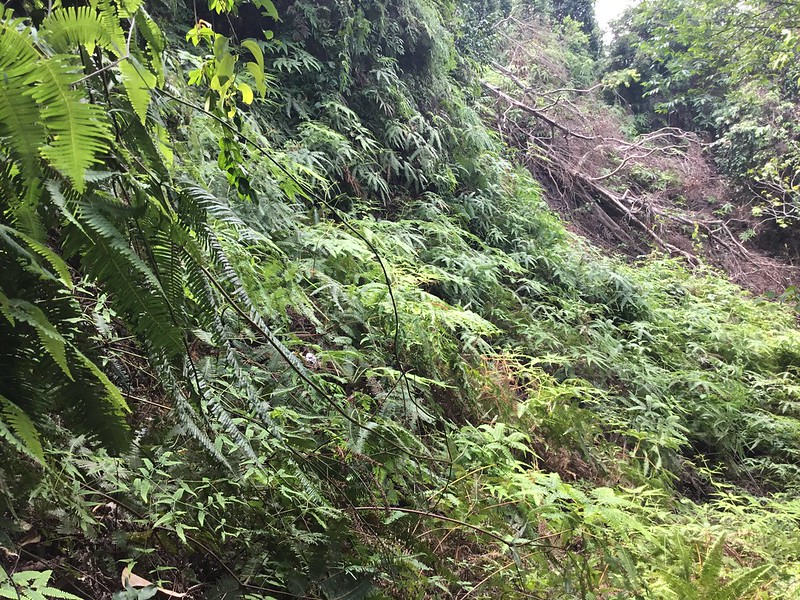 Leafy Ferns – Bukit Timah is known for its many ferns and there’s supposed to be some “Fern Valley” in it but I don’t know if this was THE fern valley. 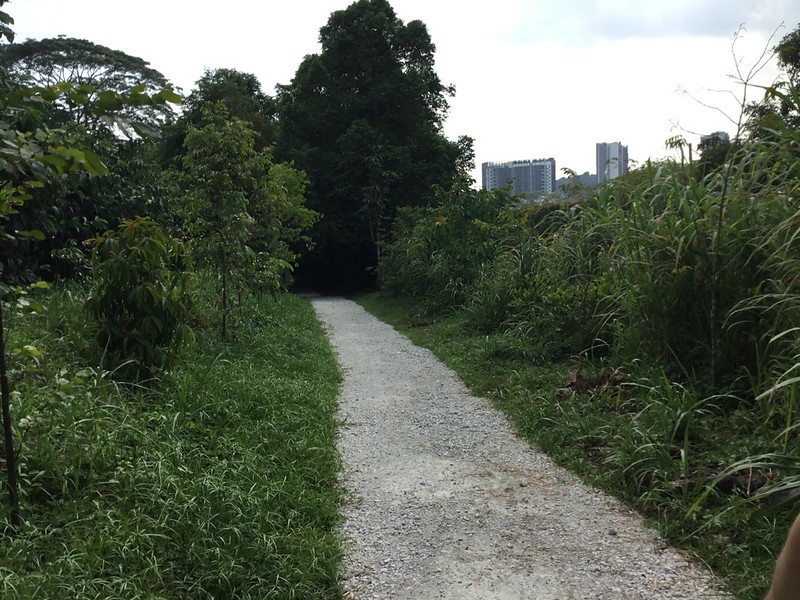 By this point we were back in Civilisation and along the roads, but since we were pretty close to the three granite quarries, we walked to the nearest one to us, which was the (somewhat unimaginatively named) Singapore Quarry, one of the granite quarry which have since been turned into a beauty spot where school children have picnics and people come to take scenic yoga instagram pics… 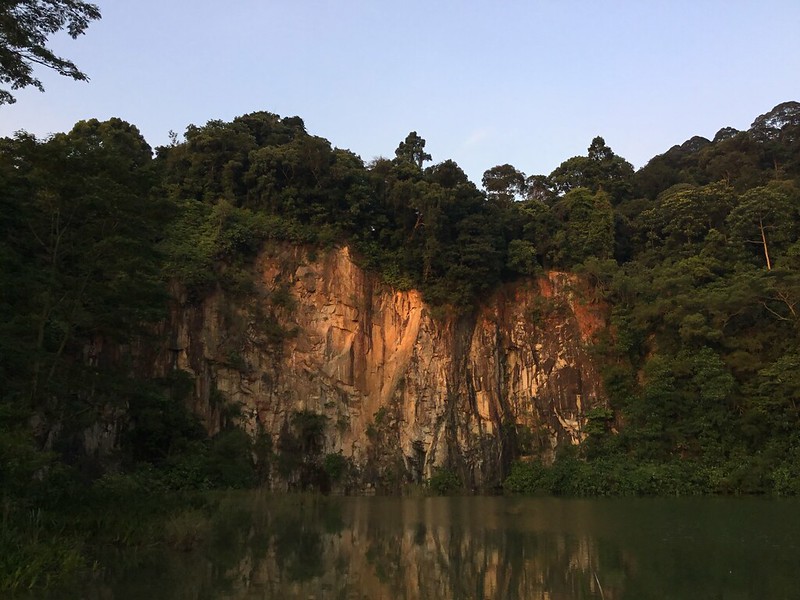 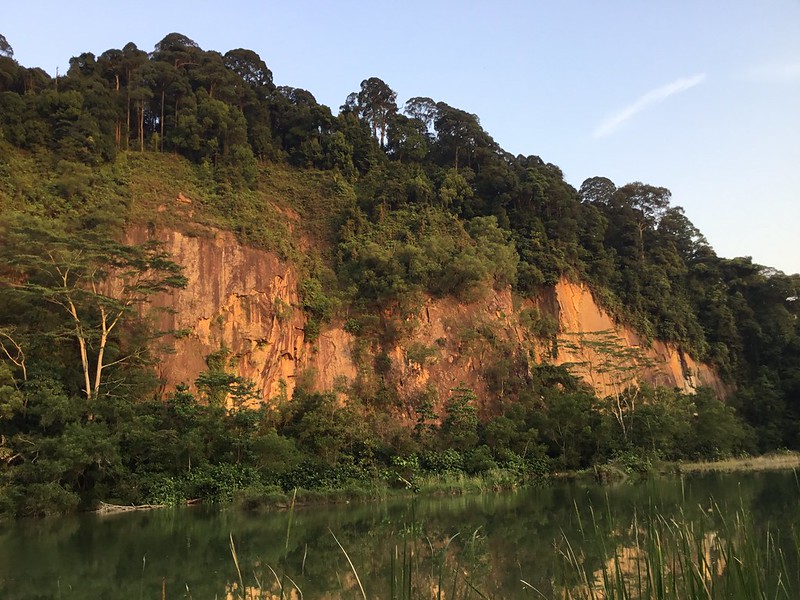 Singapore Quarry
This walk took less time that I thought it would, but the heat and moisture does get in the way of things, giving the impression of a monumental exertion over what is really just a modest hill.