One day I was leaving college to eat lunch in Euston, so at 12.15pm I boarded the Bus 52 going towards Victoria. This was not my favoured route (or the shortest route possible to Euston) but I just got on the 52 because it was the first bus to arrive opposite RCA, by the side of Hyde Park. 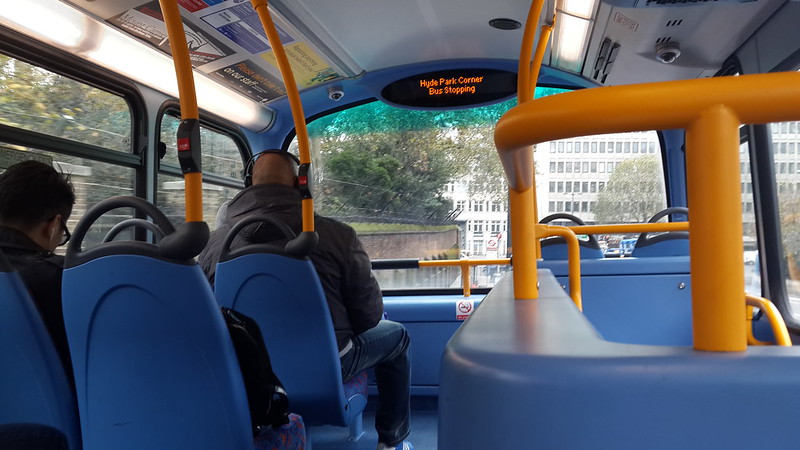 There were a few people seated on the bus near the front of the upstairs deck, and I went behind them. Propped up invitingly on an otherwise empty seat was a clipboard; I picked it up and sat on that seat. 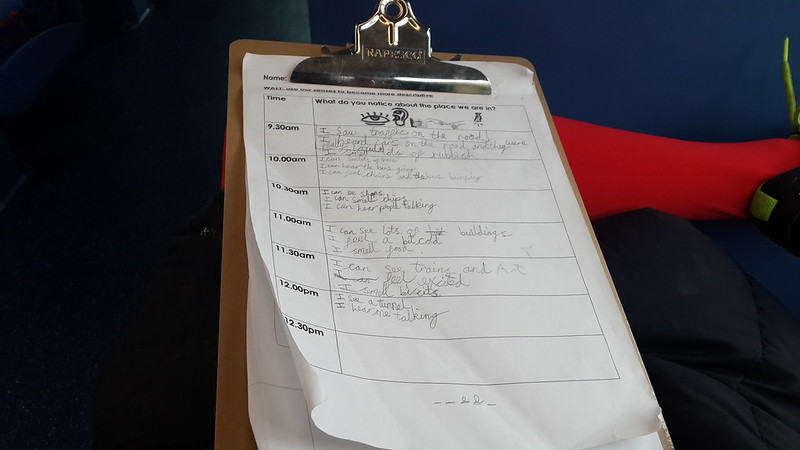 It looked like a child’s clipboard, and he or she had been recording what he or she was seeing on a day out in central London. 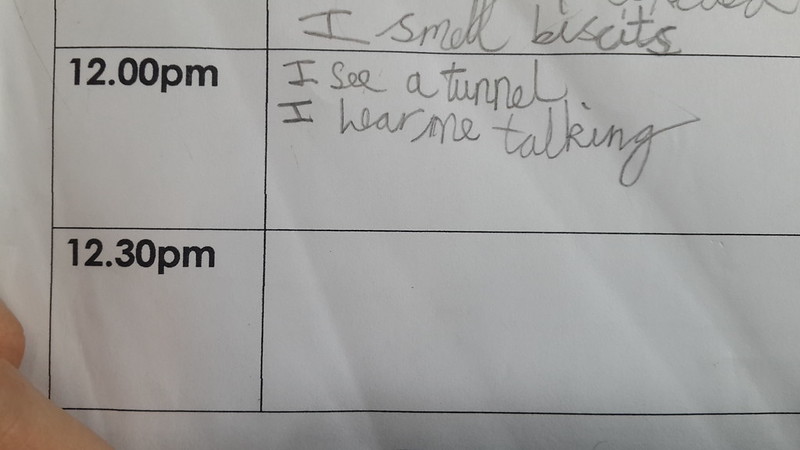 I looked at my clock, which said 12.17pm. It seemed as if somewhere between 12 noon and 12.17 the child had inexplicably disappeared, leaving this clipboard behind with one last puzzling entry:

I see a tunnel
I hear me talking

BUT THERE ARE NO ROAD TUNNELS IN LADBROKE GROVE, NOTTING HILL GATE, OR KENSINGTON…?

I did check back at 12.30 to see if the entry magically filled in itself but no such magical-paper-interaction-thing occurred. But I can tell you that at 12.30 what happened instead was that I got off Bus 52 at Victoria and tripped over the pavement with the clipboard in hand and it gave me a paper cut. And that was all.