A few years ago, not far from Jatinegara Stasiun, I visited a spot close to the railway tracks that was full of javanese street dancers dancing to traditional gamelan music, night markets with trucks full of chickens, cabbage, leles (catfish), and dangdut played live on blown-out speakers to a haphazard crowd of people drinking warm beers, amidst older ladyboys, shy widows, and old men dancing on gravel in bare feet. Much of the audience of this musical medley sat on the railway tracks, often shaded from the street lights by the shadow of trees. Traditional Javanese Dance under a highway
Every so often, a piercing alarm bell would go off, and there would be a rumble and a vibration on the tracks, heralding the distant arrival of the trains. Perhaps it is a Singaporean response to be extremely cautious and very alarmed by the thought of sitting on a live railway track – in 2009 there had been a well-publicised case of a young Singaporean couple being gruesomely killed when they sat on the KTM railway tracks at night and had been unwittingly crushed by the train – so my instinct was to steer completely clear of the tracks once I realised that it was actually a live railway track with numerous trains passing every hour or so. But even as the alarm bells rang, the indonesian motorbikes and bajajs continued gaily rumbling over the tracks as if it were of no concern – until the very last perilous moment! When the kerapa api came blazing through the tracks. No accidents occured, and after the trains had gone, people would file back onto the tracks to listen to the street dangdut by dark. People were generally very friendly and came over to talk to us, probably curious also because we were the only visible “bules” or “japanese-looking people” who had wandered into this area, and they tried to get us to dance with them. I put my recorder in my pocket and this is the sound of the live music coming out of their blown speakers: 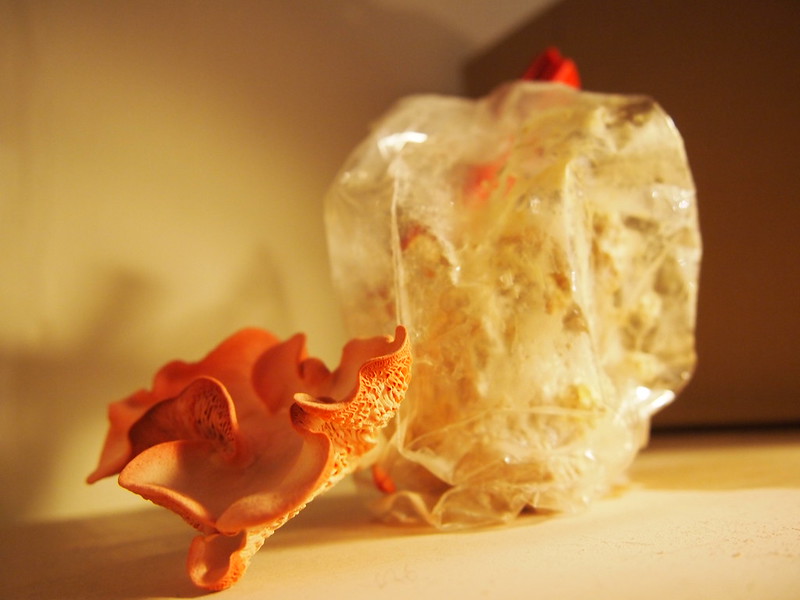 About one year ago (See Part I) I attempted to grow some mushrooms, moss, and lavender. Nothing happened…
Debbie Ding