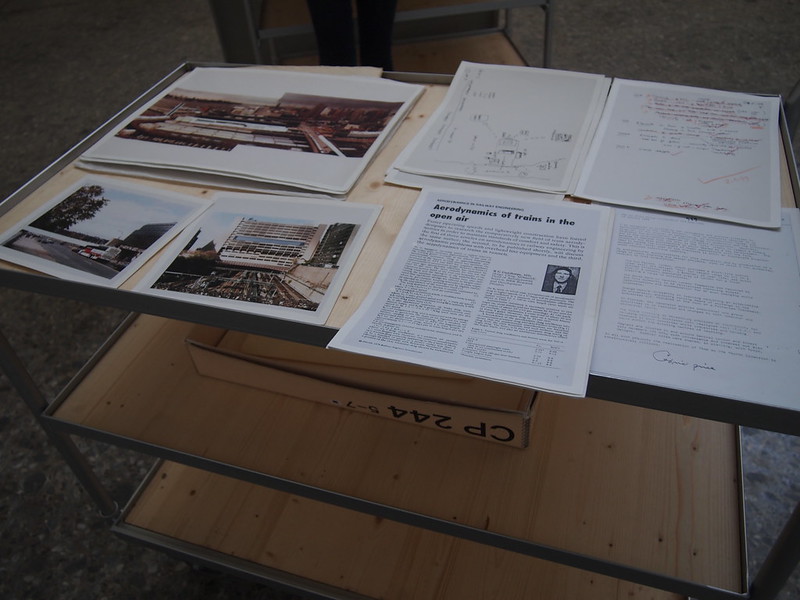 Recently I went to work at the Venice Architecture Biennale along with a dozen other Design Interactions students from the Royal College of Art. We were there to produce a project on the future of labour at the “summer school” as part of the larger Swiss Pavilion. At the end of our week at the Swiss Pavilion, our projects went into a small grey box which went into a larger archive.

“Following Burckhardt’s and Price’s critique of the traditional university system, Lucius Burckhardt and Cedric Price – A stroll through a fun palace will function as an architectural school under the leadership of Italian architect Stefano Boeri with Lorenza Baroncelli. It will welcome and connect students in a worldwide network of thinkers, schools and researchers, enabling them to reflect on how the contemporary landscape is changing.”

Hans Ulrich Obrist, February 2014: “At the centre of the project will be the archives of drawings of Cedric and Lucius, of which different aspects will be revealed throughout the Biennale. ‘A stroll through a fun palace’ in collaboration with architects and artists will present a laboratory where the ideas of Cedric and Lucius can be toolboxes to invent the future.’ 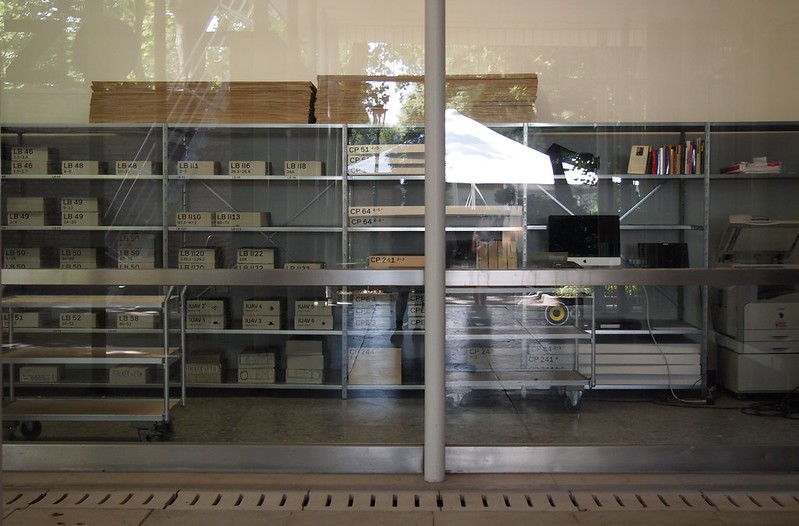 As an “archive”, the materials in the Swiss Pavilion meant to be “programmed according to a time-based dramaturgy, creating a changing mise-en-scène and an exhibition in constant motion.” Models, materials and other archival objects were wheeled out periodically, moved around, shifted on to chairs, taken out at different intervals. The projector came on, songs were sung, sounds were sometimes played, boxes rearranged by curators. And in the middle of the open space, the slightly confused visitors on a mild summer’s day in Venice wandered through these fragments and tentatively, hesitantly sifted through a few at random.

Whilst I was extremely grateful to have had the opportunity to spend a week inside the Biennale, “absorbing” the Biennale, as it were – I had some issues with the actual execution of the pavilion itself, perhaps because I had imagined something quite different from having read the texts which described it.

While you can indeed aim to curate an exhibition which consists of multiple points of view where it is forever impossible for the viewer to have a complete overview or to see the entire story in full, whether by physically or by time durations, the question for me is whether such an approach can be aesthetically compelling, or able to hold together when executed? Will it show enough of the narrative to pique the interest, to encourage one to open up this “toolbox” and to unpack its ideas and engage with it, especially for one who might be encountering all of this for the first time? Or will the toolbox remain nothing more than a conceptual toolbox out of reach, a pretty idea without immediate action or application?

This is not to say that I don’t think that there are many useful lessons to be learnt from Cedric Price and Lucius Burckhardt; the Fun Palace is indeed a great if unfinished idea – a place where the building remains flexible and changing with its users having to complete it by making use of it. But in its execution, the exhibition seemed to induce or reinforce the audience’s meandering behaviour of floating around like a confused, constantly distracted, itinerant museum goer, “sampling” archive materials at random like how a shopper might taste a few proffered food samples at a supermarket – but so noncommittally. In my opinion, the Swiss Pavilion turned out to be a space in which I saw the spectacle of the “confused and lost gallery-goer” – the everyday camera/smartphone-clutching mobile spectator, instagramming the scene before understanding it, itching to flick to the next page, unable to focus on something with any concerted engagement – lost and floating in space. I began to wonder, with my limited understanding of the forces that had produced this situation, how I came to be sitting here in the pavilion – who was the intended audience at an architecture biennale? A random venice traveler? Architects or architecture students working on some other portion of the biennale? Seriously, who were all these people? What force had produced this massive architectural extravaganza, and for whom? And who were we really hoping to engage with this “toolbox of ideas”?

So often “participatory” shows which involve introducing people to the ideas of “great visionaries” approach it from the viewpoint of somewhat didactically showing the audience how their lives could potentially be enriched through these great amazing ideas. I have no issue with something educational, but I think that if it is done without truly getting people to go through it thoroughly – and without demanding that they should fully give these ideas completely new forms on their own at the end of these interactions – then it is clearly more a pedagogic exercise rather than a true reciprocal exchange of ideas. I suppose my problem with it is mainly that I find that the moments at which true interaction can occur here seem so facile and fleeting.

The archive trolleys used to move and rearrange materials reminded me of the gravestone trolleys I saw in the Cimetere in Venice’s Isola di San Michele – inert gravestones inscribed with distant names, shuttled from place to place by its caretakers – large mute memorials exiled to a floating isle that was to be their grand funerary palace… I guess it is another kind of Palazzo F.- …?

Maybe I say this because I am now beyond “toolboxes”. They are useful, and even a review of the “fundamentals” of architecture like the bigger Giardini show is also worth going through, but I no longer want to play with toolboxes and dictionaries, its almost like just stalling time; I think we ought to be spending that the time writing and making completely wild and new things. 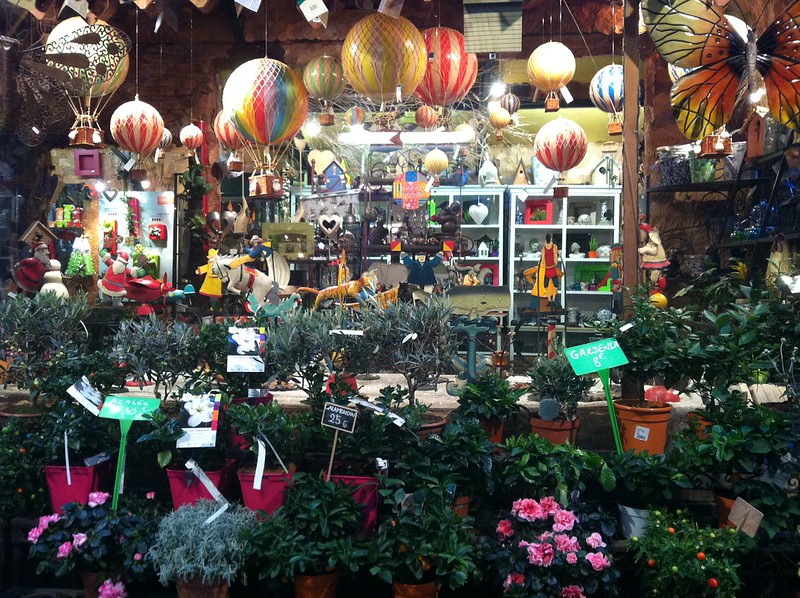 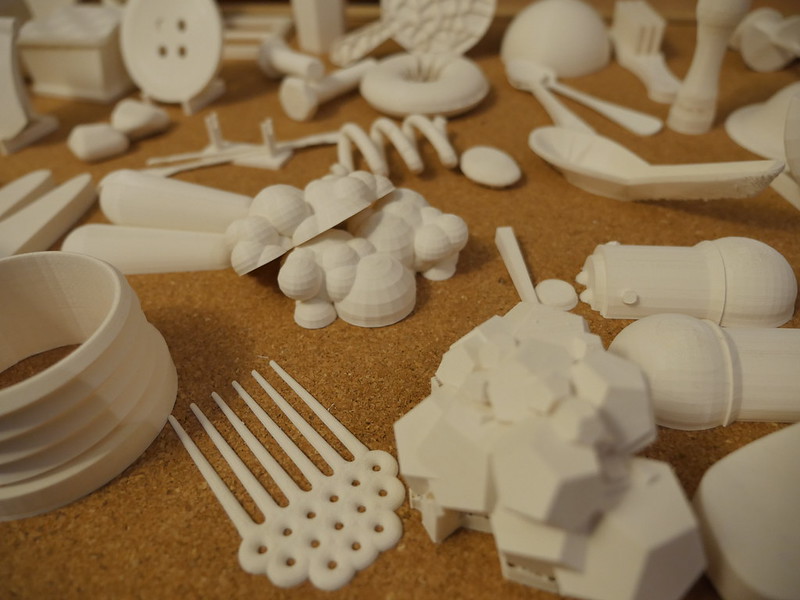