On one of my last afternoons in Berlin, we went to Schlachtensee to wade around the lake. There, in one of its shady shallows, I found a bright yellow caterpillar in the water; a small Buff-tip (Phalera bucephala) that looked like it had already tragically drowned and sunk to the bottom of the lake. I didn’t know how long it had been submerged under water. 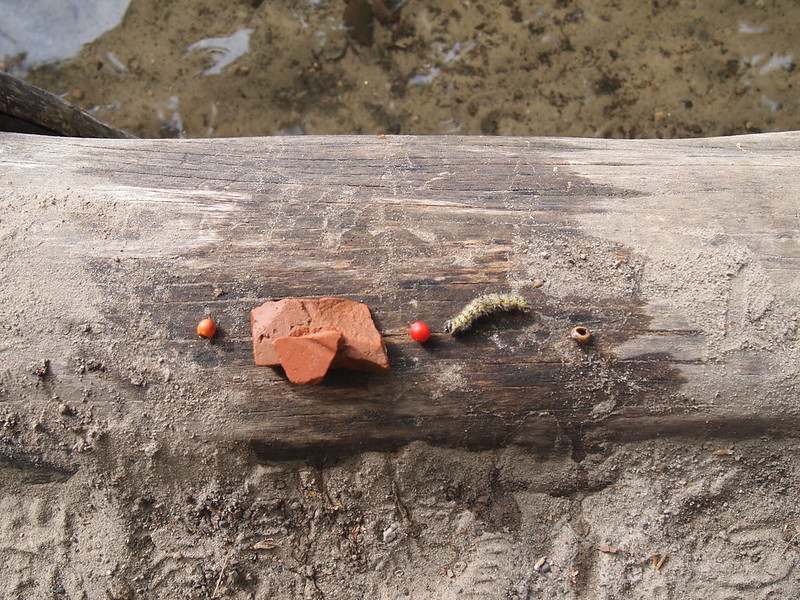 In any case, after thinking about it for a while, I fished the caterpillar out of the water and made a little shrine for it on the edge of the lake. A small german child came over to look at it, and poured a little of the grainy (and highly absorbent) sand over it. Later when Lecky and Chris came back from their swim I was going to show them the caterpillar shrine, and it was then that I realised the caterpillar had moved away from its original position where I had laid it down to rest. I poked it with a stick and it squirmed! The caterpillar had revived! 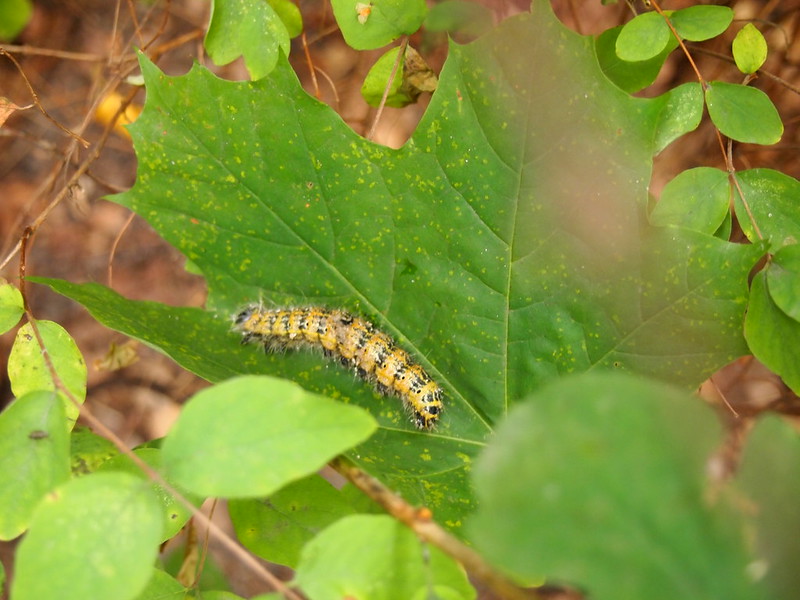 Here it is after I had replaced it back on a leaf on a nearby bush.

Next time you’re caterpillar-sitting your friend’s pet caterpillar and it has accidentally fallen into a moat for an undetermined period of time, don’t panic. Just take it out, let it dry out and maybe it will wriggle back to life.