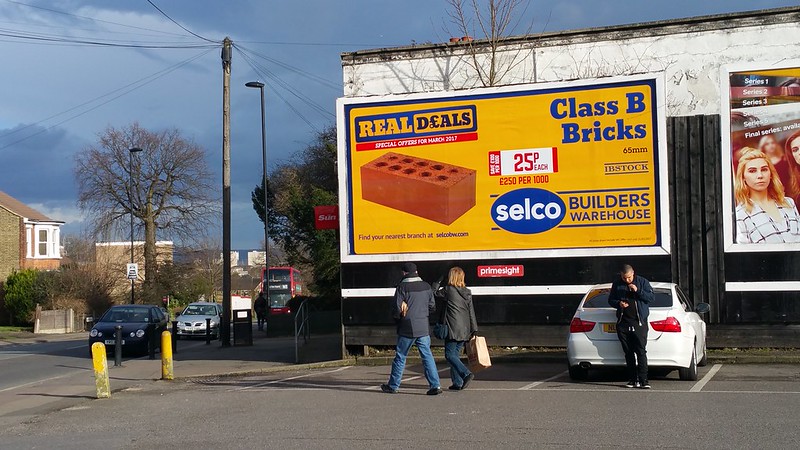 It appears to me as if travellers on the Herts Loop are the target market for Class B Bricks; I have seen this ad on several of the stops just beyond Zone 4. Class B are those generic red engineering bricks that are most commonly used in Britain – cheaper than Class A,

Gordon Hill is in Zone 5 which makes it an affordable and quick stop to get to from Harringay. On this walk I decided to hit up a couple cemeteries and do a sort of circular walk around the area. 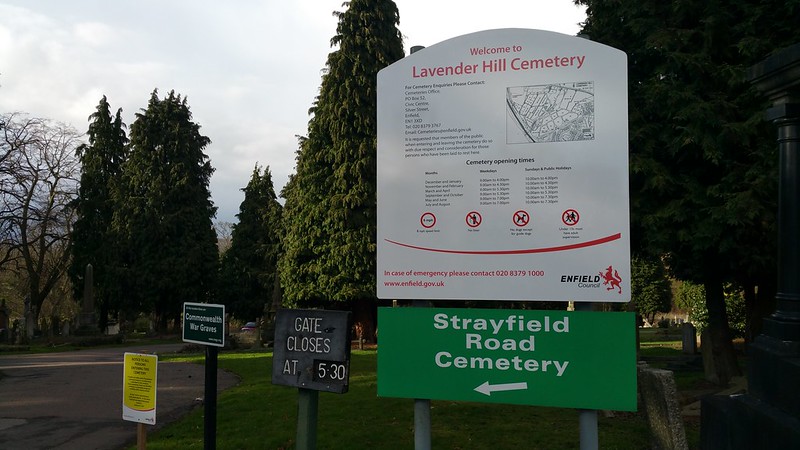 You’ll notice that on the side there is a little sign indicating that this cemetery contains Commonwealth War Graves. When I visited it in March I did not really understand what “Commonwealth War Graves” meant, but now after having visited many cemeteries and memorials I can recognise the distinctive standardised headstones. 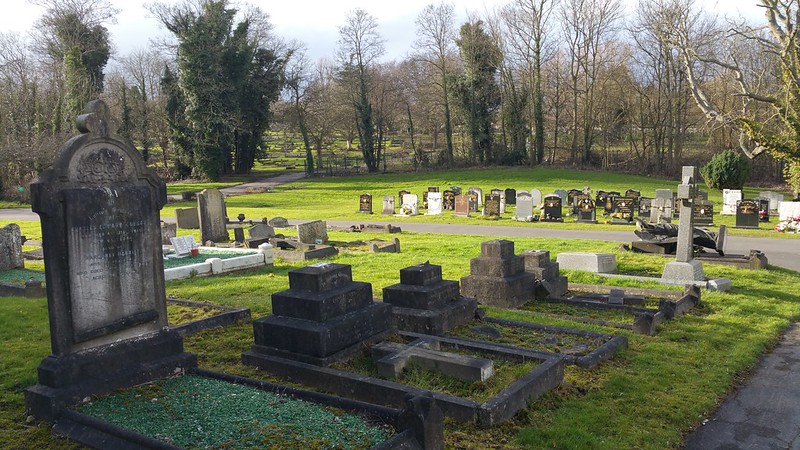 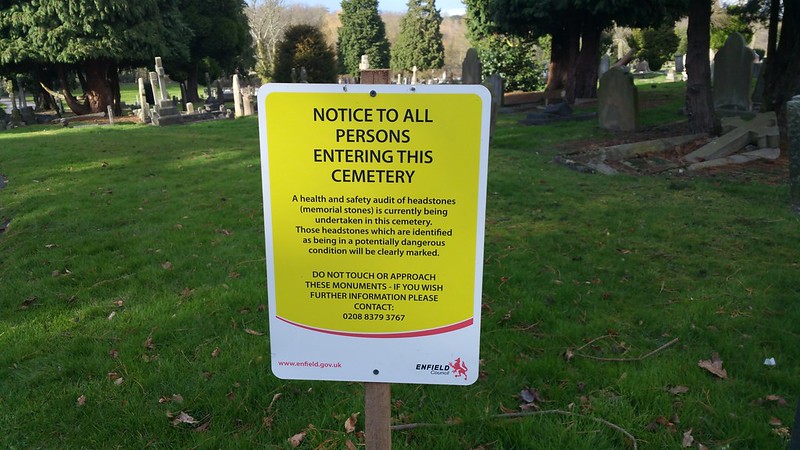 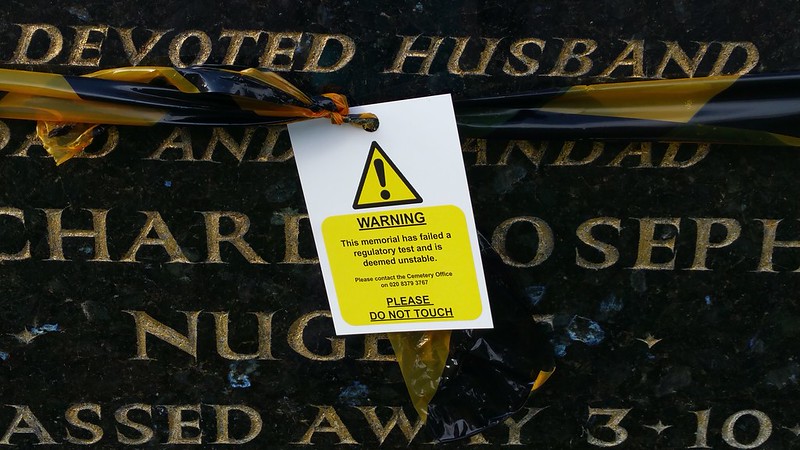 Naturally, on seeing this, one might wonder whether this is health and safety completely gone mad – and what are the real risks involved with falling memorials. Is it true that falling headstones pose a credible threat to public health and safety? Or is it unnecessary mass hysteria and the circulation of an urban myth? So I did a little googling and found this: From this britarch discussion post:

Also I also remember the case of the freak accident of the 8 year old boy instantly killed by a headstone in Glasgow: BBC: Ciaran Williamson killed ‘instantly’ by falling headstone (2015). However if these represent the statistics of the whole of the UK over 20 years then I say YOUR RISK OF BEING FATALLY CRUSHED UNTIL DEAD BY FALLING HEADSTONE IS INDEED GREATLY EXAGGERATED! 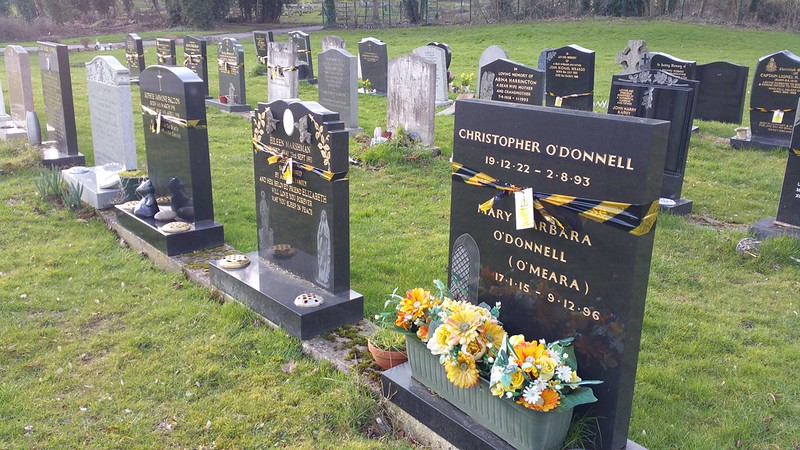 But, er, I suppose it doesn’t mean you should intentionally lay your head underneath these headstones that have just failed their H&S test.

Although then again, no one can really stop you from doing that. I suppose the weird thing about all of this H&S/compensation culture is that whilst usually an institution or organisation or cemetery in this case may be expected to have a duty of care to the people they employ or interact with, the public don’t really need to have a duty of care towards their own safety… 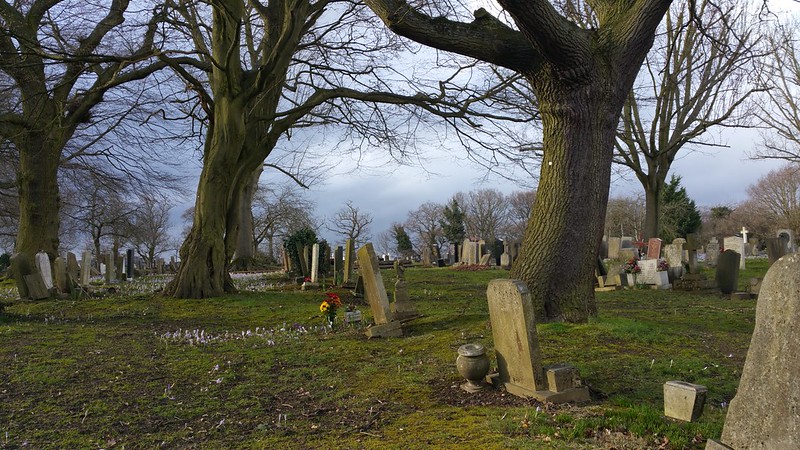 There was some dramatic weather… 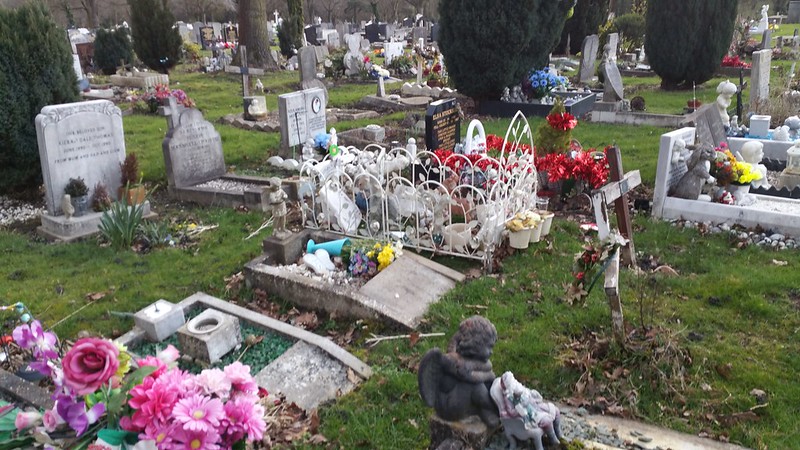 As the weather began to turn and I walked further into the cemetery…. I noticed the graves getting more…. decorative? 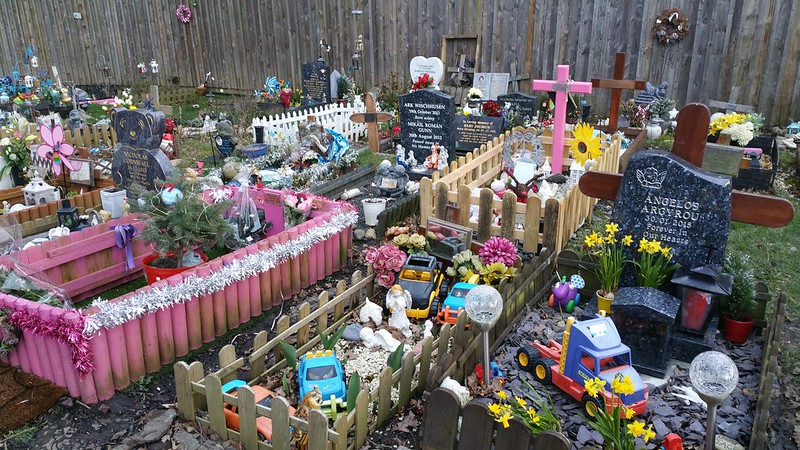 I realised this was the baby and young children section of the cemetery. 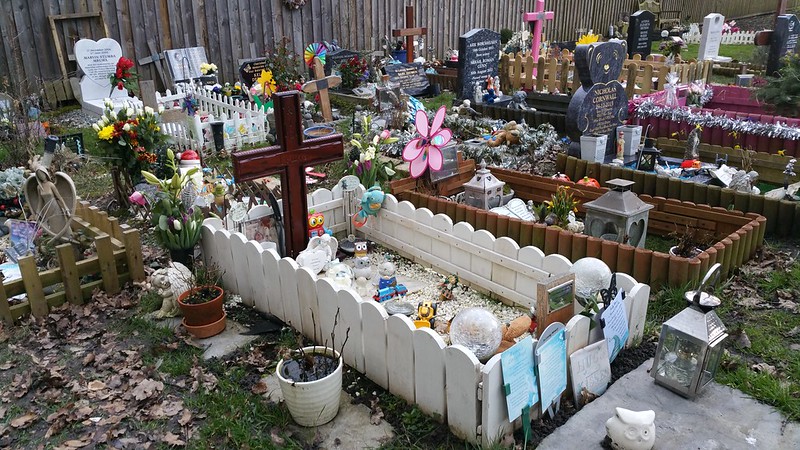 What on earth started this trend in which Britain’s bereaved parents design their child’s memorial entirely out of garden ornaments, plastic decorations and children’s toys? 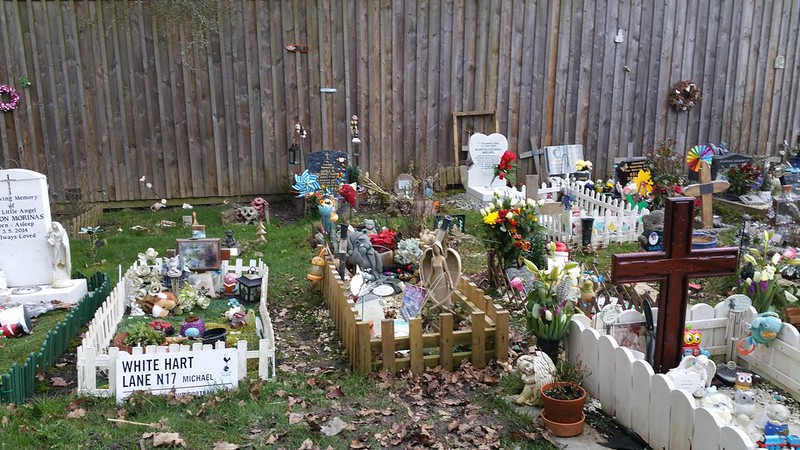 Although they’re meant to be memorials for babies and young children, I can’t help but feel that there’s also some sort of contest going on when they are laid out side by side; it looks like some wild and crazy amateur garden decorating contest or something occurred here, especially with the little garden fences erected around these plots. “Competitive grieving, on your marks, get set…. Erect the plastic windmills! Pile on the Poundland tinsel! More B&Q solar powered lights and garden ornaments!” 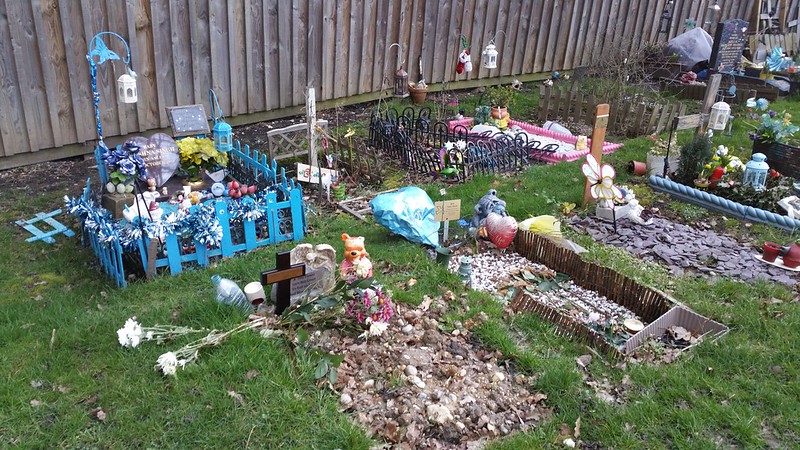