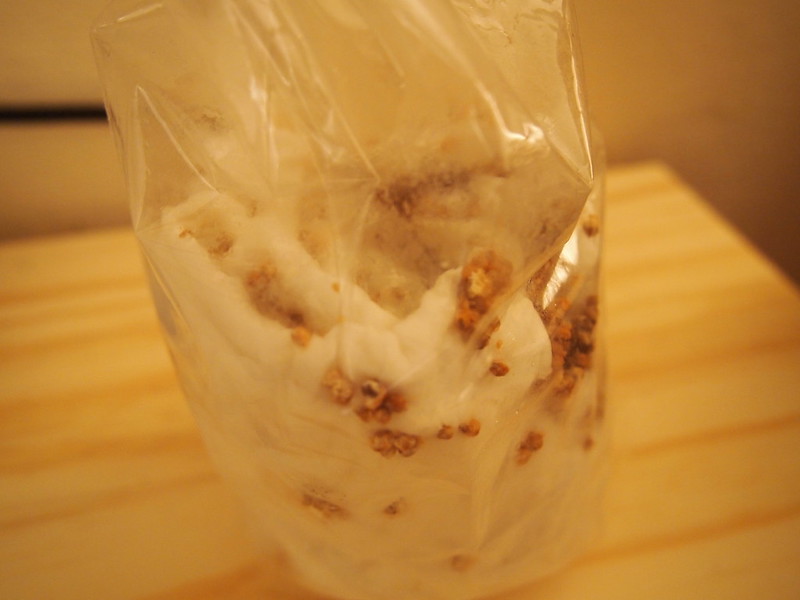 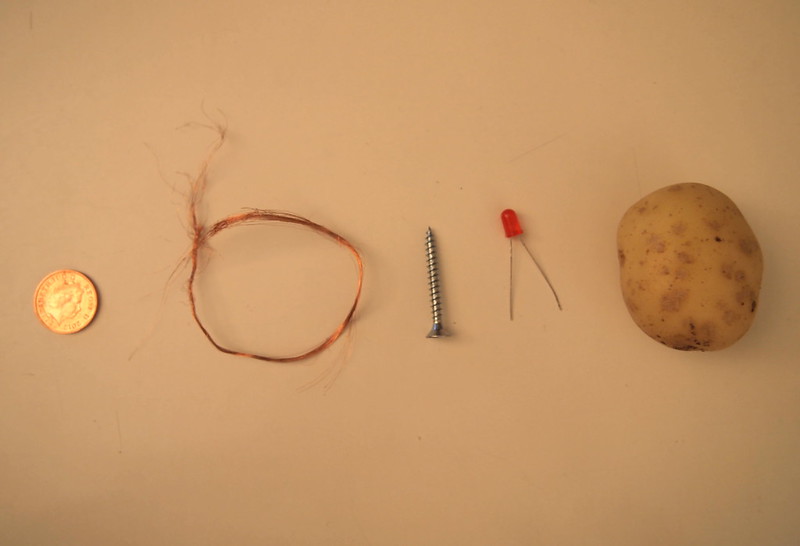 I’m currently trying to grow Oyster Mushrooms. I bought a small quantity of oyster mushroom spawn on ebay recently – the substrate used appears to be millet. After that, I boiled a bog roll (white, no inks, no fragrance) in a pot of water and then when the bog roll had cooled down, I scattered some mushroom spawn on it and inbetween its layers. To be honest I’m not sure if I’m doing it the right way, but we’ll check back on these babies in a week’s time. Right now they are hiding underneath a box in our rather warm room…

I have wondered about this but I do not think the mushroom spores pose any direct risk to humans – or do they? I mean, we are not going to have an outbreak of mushrooms everywhere in this room, right? Surely it can’t be that easy to cultivate mushrooms. I mean, if it were so simple to have an outbreak of mushroom then wouldn’t everyone with a slightly damp and dark house have mushrooms growing right out of everything, and wouldn’t then people capitalise on that and eat home-cultivated mushrooms all day long? 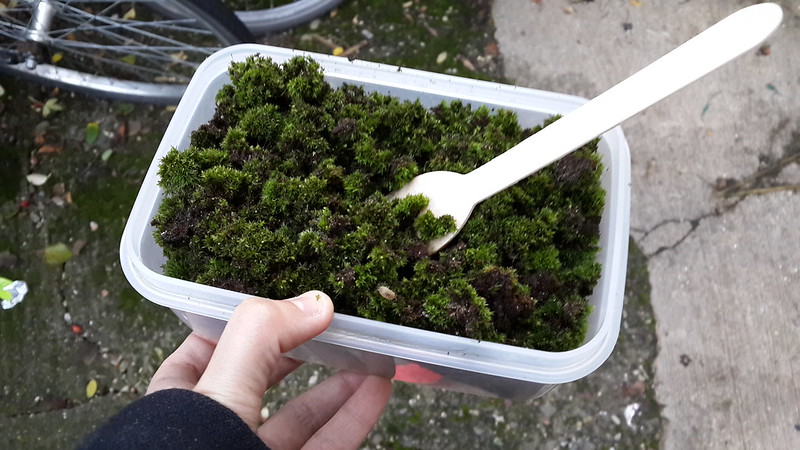 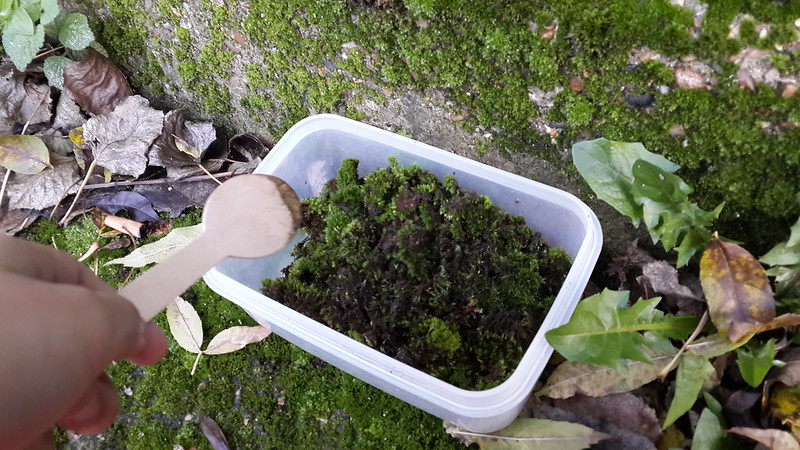 Another thing I’ve been doing is attempting to grow Moss. MOSS! It is very plentiful on the walls and pavements of West Bank. One day I went out and scraped a container’s worth of moss from one of the front walls of our house, after which I broke the moss down into little bits and mixed it down with some Sainsbury’s Basics Yoghurt and leftover beer. The yoghurt and beer serve as food for the moss bits, I was actually going to do a comparison of which works better (beer or yoghurt) but I realised that the yoghurt actually acts as a glue, hence the prevalence of people using buttermilk or yoghurt as without this ingredient it will not stick to surfaces. So I just mixed in some yoghurt with all of the moss. I applied this strange smelling moss sludge to the balconey. It hasn’t turned mouldy yet which is great, but it probably will take a few weeks to reconstitute together… 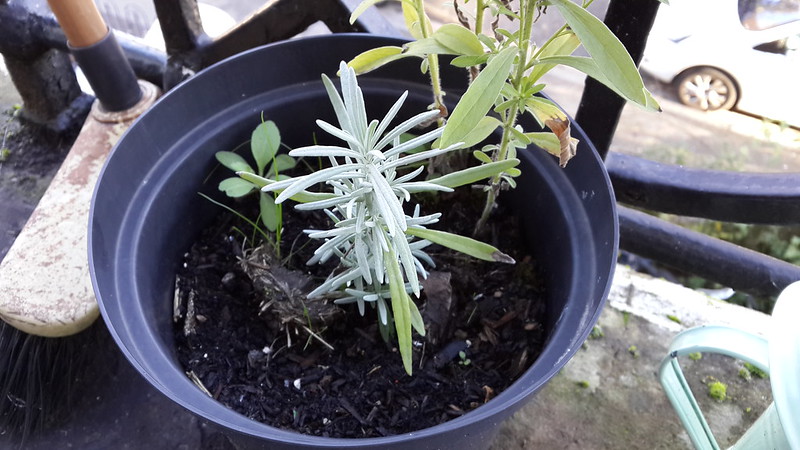 Finally, this is a picture of Georges II the Lavender Plant, who has grown from a cutting from a pot of Lavender I bought in Paris last year. Last year around this time, George the human brought a small cutting back from my pot in Paris and stuck this bit of lavender into a pot of soil. Unexpectedly, the clipping of lavender now known as Georges II did not die from the trauma of being suddenly cut and rudely stuffed in a pocket and carried to London, but actually has continued to grow and thrive to this day. I hope that Georges II will have many more happy years on the West Bank Balcony…. 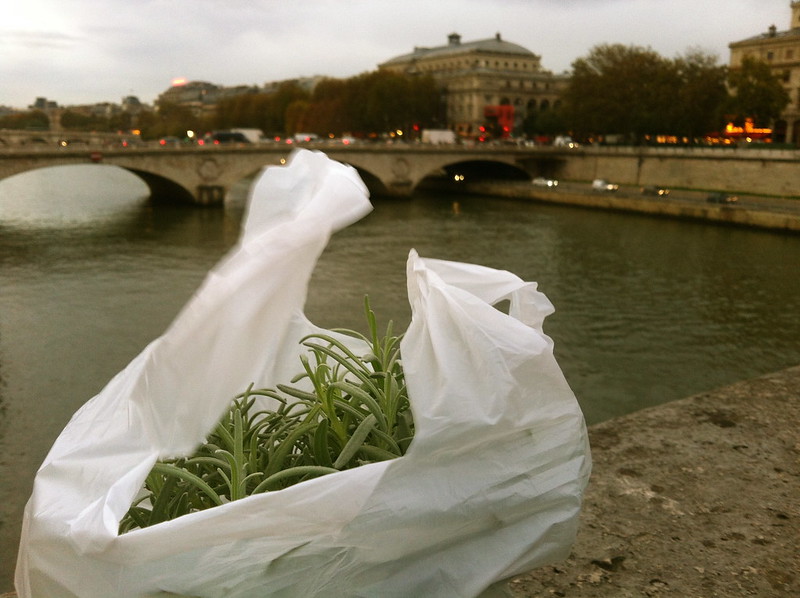 The plant formerly known as Georges I (RIP 2012, due to overzealous watering on my part)
See also: A Mini Tour-de-Paris for a Pot of Lavender

Yesterday after two continuous days of thinking about mould, on the way home I saw these ubiquitous splotches…
Debbie Ding
Uncategorized

We found a rabbit on the road a few weeks ago. It was just walking up and down…
Debbie Ding