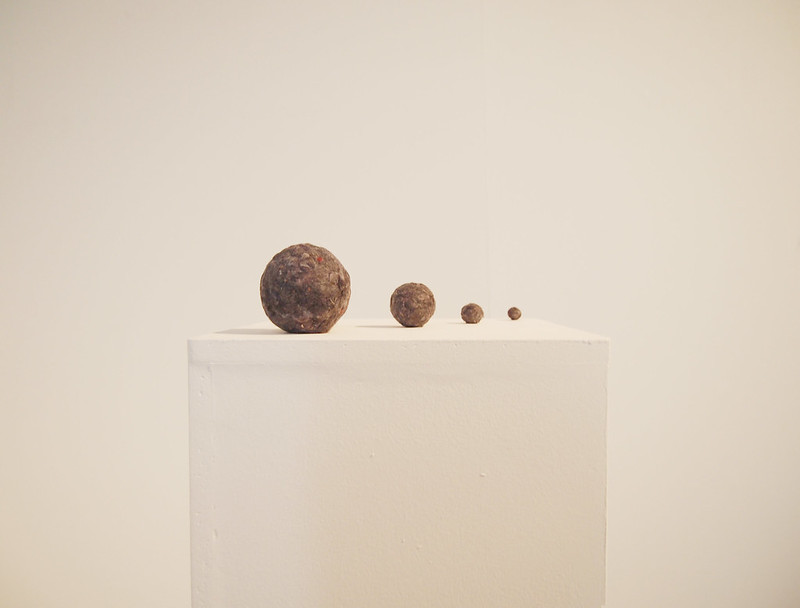 Debbie Ding, “From Dust, To Dust”
Exhibited at “Ghost on the Wire”, Bermonsey Project, London, June 2014.
Curated by Gavin Maughfling & Suzanne de Emmony with support of the National Arts Council of Singapore
The above four balls of dust are the culmination of months of me and George collecting and trading dust. Firstly this couldn’t have happened without George! <3 For the entire exercise began in earnest, while we were facing a yawning chasm of time and space between us (I never want us to be apart again for that long!) How surreal it is to be here, from a simple meeting and a funny conversation, to me sitting here in London on your carpet, rolling our dustballs together...
One reason why I haven’t been posting on this blog recently is because I’ve also been working on all this writing that was to go into the book for THIS show! And that was in addition to the unreal amount of work I’ve had at school – helping the graduating year build their show – which by the way is unbelievably awesome! Please take a look at the works from this year’s Design Interactions. I’ve been helping to compile everyone’s work for the online DI14 documentation, and building…. ants? (More on my desultory diversions into fly tying in another post..) 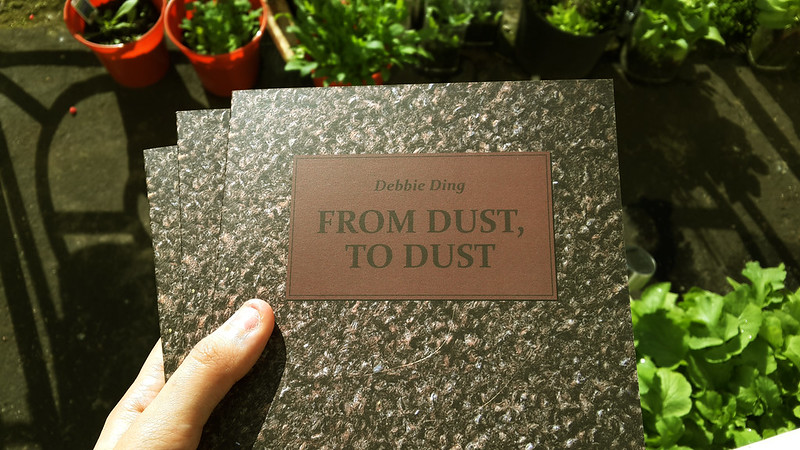 To be honest, writing is a curious sport. It is nearly impossible to estimate how much time one needs to write, unlike most other tasks which can be planned for. You can only hope to produce the conditions that will allow the words to flow. Sometimes there will be inspiration and sometimes there is just none. I had a few reams of half-baked texts, but I threw out most of my drafts at the eleventh or almost the twelfth hour, and decided to rewrite most of the text in the very last weekend before I sent this off to print. I think the text turned out much better that way. 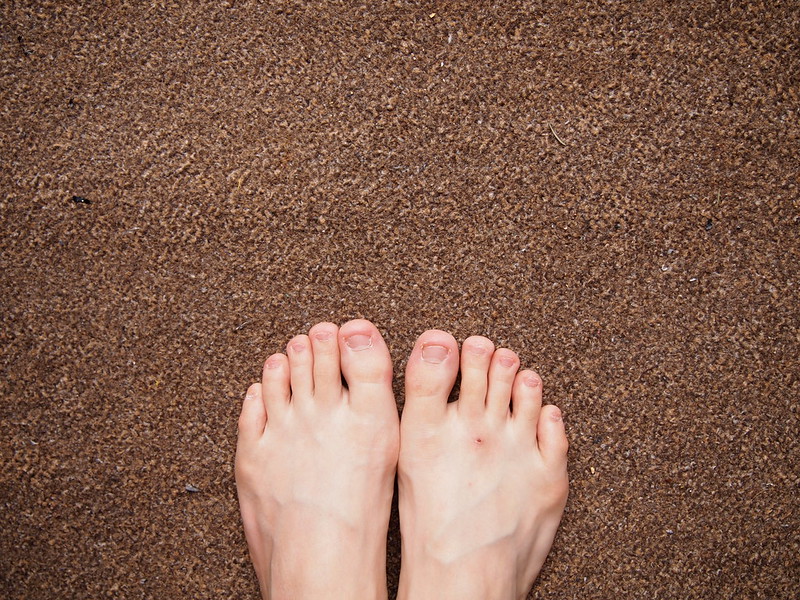 A week before this I had attended a curious workshop at Auto Italia by Ingo Niermann, who edits the Solutions series and whose writing on Drills I had first encountered at Documenta. We had an interesting meandering dialogue, and I decided to try to write/rewrite some of the ideas I had into the form of a Drill. With a Drill, one becomes free to coerce oneself into something else, repeating an action over and over again until it becomes almost an instinct to behave as such. For a drill to work there is the necessity of repetition – and for me my feeling of a drill is that any kind of repetition also comes with resignation (assuming one is wholehearted in the execution of the drill) or, it could also come with some modicum of anxiety and futility (if one is unable to surrender oneself entirely to become the material).

I am reminded of one of my favourite films from some years ago – Brothers Quay’s Institute Benjamenta, where a man who says that he has lost all hope of becoming a useful member of society applies to attend the Institute to learn how to become a total servant. In their classes, they repeat drills and certain motions endlessly, to some unknown end, which the man finds more and more oppressive over time. Even though he has given up hope on becoming an individual in his own right, he remains unwilling to follow the drills and become the material entirely because the meaning within the repetition is hidden to him. This is what we slowly realise is the nature of becoming a servant at the Institute Benjamenta. A motion repeated on cue, producing meaning and effects not seen. There is a kind of poetry within total subservience; I do think that for an artist the ultimate is to become one with the material/work, but inherently its attraction for me is not being unquestioningly willing to give up the control, but the interesting thing for me is that dissonance one feels in trying to get closer to the meaning through a systematic repetition of seemingly pointless actions.

Here follows an excerpt from the book…
(If you like it, you can also order a copy online here.)

How to Become Homeless

From the book “From Dust, To Dust” by Debbie Ding

Begin the motions of moving to another country for a short while.

Get a very large box.

Collect all of your most important and personal items and place them in a very large box in a long-term storage facility – with the absolute belief that you will be returning for them very shortly. Throw away all other items which you deem as unimportant.

Create an inventory list of each item that you have put into the box to help you remember what is inside this box. Write out long, lovingly detailed descriptions of each item you place inside.

Allow yourself only a very short time to complete this task. In the midst of your rushed packing, convieniently misplace this inventory list by also putting it in the box, and then seal the box and place it into storage.

Quickly move to another country and allow yourself to settle into this new life over time. Slowly get more and more caught up in your other life there until you end up staying there for an additional 3 years.

Allow yourself to completely forget what you left in the box in the previous country over time.

Begin to feel a sense of mystery and curiosity about the contents of the box that was left behind. The contents of this box will gain significance, just as how forgotten scribblings in small notebooks which you have lost forever will seem like they must have been significant, genius thoughts that you desperately must recapture. Tell friends about the box you left behind, and how you have to go back for it someday. Try to imagine what you might have left in the box.

Come back after 3 years to investigate the contents of this box.

Discover that the box is mostly full of heavy, inconsequential things which have lost their emotional importance, or things can be replaced, or have already been replaced since.

Give away the contents of the box to anyone who will take them.

Begin the motions of moving to another country for a short while.

Sculpture in Reverse, No. 2 (To be listened with headphones)
“Sculptures in Reverse” is a series of binaural foley sounds designed around the idea of producing sounds which mimic the sounds that can be heard within the interior spaces of one’s head – such as the sound of cleaning one’s ears with cotton, scratching one’s scalp, or the sound when one’s hair brushes against one’s headphones. This piece must be listened to with headphones.

The neologism “ASMR” (Autonomous sensory meridian response) is popularly used to describe panning/binaural sounds which may trigger tingling, pleasurable, or relaxing sensations in the head, scalp, back, or peripheral regions of the body in response to auditory stimuli. Even the sound of someone noisily unwrapping some paper or plastic behind me (without me being directly aware or focusing on the sound) can give me an unexpected “premonitory” tingle, although I cannot explain how or why it happens in any definite terms. It is almost as if I am like a glass vessel that happens to resonate or vibrate along with other tones/vibrations.

Recently I found out that I might have some form of synesthesia – an unconscious wiring of different senses together. I have always tasted foods as “shapes”, and had always assumed this was true for most people. Somehow, I suspect that many people throughout my life seem to have humoured me and my comments about the “shape” of foods as simply being part of my being “overly-imaginative” or “creative”, without realising that the “shapes” of tastes are actually real to me.

It is quite bizarre if you ask me: how is it that people do not taste salty flavours as roundish, or sweet flavours as possessing of angular features? Isn’t it as obvious as looking at a physical object and being able to tell its visual shape and colour immediately? I have always assumed that it would be as obvious as being able to discern colours. When people say “This taste is not rounded enough!” – obviously to be said when you want to tell someone that the taste is currently too angular! I thought that when I posted about it online that others would chime in and agree that it was patently obvious that a salty flavour would usually be rounded, but up to this point no one else that I’ve met has had the same perception of it! I began to question if I had made it all up. Could this all be another one of my confabulations? But… how do you explain why the perception of these “shapes” seem real to me? Is it less real just because I don’t have the words to describe it yet?

I am also equally surprised when people tell me that they have experienced no interesting sensations from listening to “crispy” sounds. I wonder if my ability to appreciate “ASMR” is somehow related to my ability to taste shapes. For me, it is a matter of “red” being red, and “blue” being blue, “salty” being generally roundish, “sweet” being decidedly angular, and “bitter” like a horizontally layered slate-like shape which disintegrates around the edges (UGH!). A person whispering SKSKSK which gives me a tickle behind my right ear and anticipation of pain or touch gives a strange “leap” behind the knees. How do we describe these connections and sensations which span across more than one of the senses – connections which are indistinct and for which we have no common understanding of words to describe them? What is the connection between the consciousness and the senses?

The series “Sculpture in Reverse No. 2” is an attempt to simulate physical sensation through audio alone.

Longer half hour mix (To be listened with headphones):