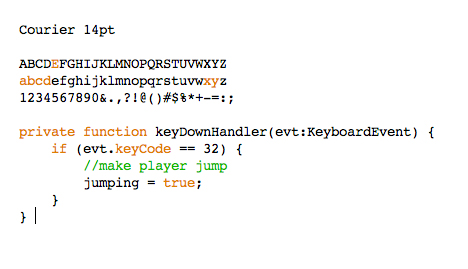 The goal was to transfer around 3000+ SMS from a Nokia 3120 Classic (May 2008) to a Macbook Pro running 10.5.8. Now both of these things aren’t the newest things in the world; this was an old phone I had used from 2009-2010 after I had left my previous phone chargers in the UK, and my macbook pro is about 2 years old now I reckon and on a rather old OS. Finding the relevant tools that could do the job for these two devices seemed like a good challenge.

Firstly, if your phone is really old and you have forgotten the Model name, There are a number of Nokia codes you can use to find out more information about your phone first:

IMEI number is used by the GSM network to identify phone devices, so it can technically be used to block a stolen phone from accessing the network in that country or use the IMEI to identify which phones should get other specific network services. In Singapore, there isn’t much point to this because telcos here dont use IMEI to decide what phone units to block, but instead terminate services to the sim card if a phone is reported stolen and later reissue a brand new sim card to the user.

I started by downloading Nokia PC Suite, which was the most obvious transfer facility available, except that it was only compatible with Windows. I started up Windows 7 on Paralles, but then I realised that in order to get my Mac’s in-built Bluetooth running on Windows Parallels, it would require much jumping through hoops which I was impossible as I did not have my Mac OS X Installation DVD with me at the moment. It seemed impossible to download the offending Bluetooth driver using Boot Camp Assistant (looks discontinued, and will require you to pretend to have at least 10GB free on your hard drive before it will let you burn the disk image with the drivers on it). Downloading it on its own (AppleBluetoothEnablerInstaller.exe) only brought more confusion, what with my system being 64-bit and most of the available standalone copies of this file on the internet being 32-bit (it returned an error message telling me I’d have to run the 64-bit version of DPinst.exe). So it looked like I had to find some bridge that connected the phone directly to Mac OS where my Bluetooth was directly installed.

I downloaded and registered a copy of PhoneDirector (US$29.95) which said it could do SMS export as tab-separated text and also select and delete SMSes. 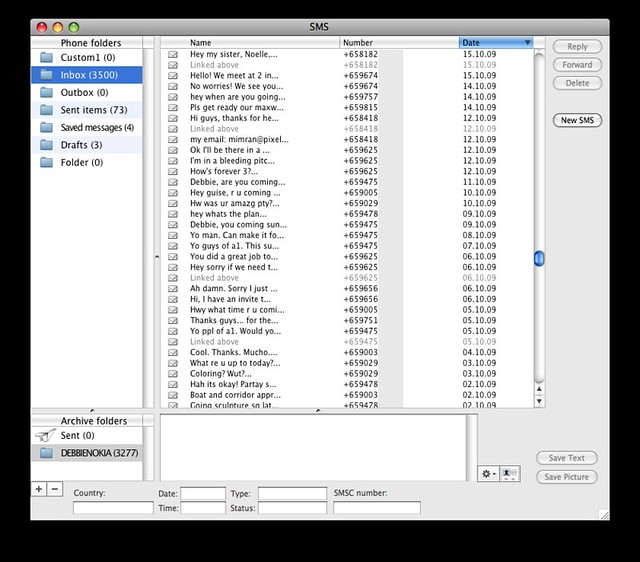 You can export it as a tab-seperated value text file (UTF-8) and import that into Excel. 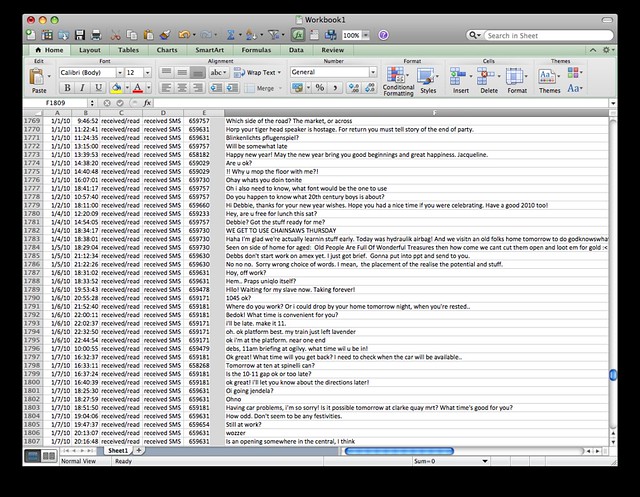 Finally, you can delete the messages from your Nokia phone.

Funny how it is that if these little messages were not archived in any form, then losing these short little messages would not matter at all to us; many things in life are not recorded and we don’t mourn for them either, we simply move on. But once we know that an archive exists, it becomes hard to delete these archives of memories.

Yesterday, a strange incident occurred here in Stamford Hill. It was somewhere after midnight when there was suddenly…
Debbie Ding
Uncategorized

Bought a new ream of A2 heavyweight paper in the real world. Went home and decided to draw…
Debbie Ding