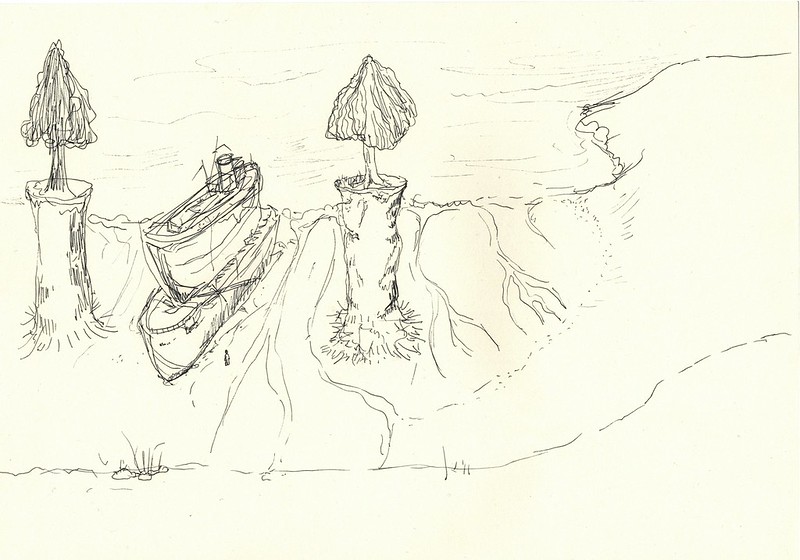 Recently I had a dream in which I was going for a job interview at a Japanese mineral mining company. It was located at the 44th story of a large skyscraper overlooking the sea. The unit or room number that I was supposed to go to was “04-04”. I could not be sure if 4 was an inauspicious number for the Japanese like it is for the Chinese, so I didn’t think it was a bad or good sign, but just a curious oddity – I presumed that perhaps they had consciously chosen it for some fengshui or luck purposes.

Besides knowing that this company had made a fortune from finding, mining, and extracting/purifying rare or useful rocks and minerals for other uses, I actually hadn’t done much research into the company before going in for this interview and in my head I began to realize that I did not know why I was applying for a new full-time job when I already had so many projects to finish. Nonetheless I began to rationalize in my head that it would still be great to work in such a job because there was much more to be learnt from seeking a new job in a new industry.

While waiting for the interview, a case person was assigned to me. It was a middle aged, thin asian man with spectacles. He said that before the interview, they would show me around the building and the activities of the workers at their fine mineral mining company, such as the company’s leisure facilities.

Instead of having smoke breaks, workers were encouraged to take scuba diving breaks instead. I was shown to the ground/basement exit which had an unexpected path leading out to the sea. A few older japanese men in scuba diving suits could be seen in the distance, waddling back with flippers and snorkels still on their head.

On the coast there was a ship stacked on top of another ship. They were both massive and seemed to have been meticulously shipwrecked, if meticulous could actually be a word applied to shipwrecks. They were flanked by two stacks of soil with trees on top of them. It seemed to suggest that the sea had eroded so much of the land away such that the tree roots had been the only things keeping these two pillars upright while the beach just eroded and washed away in the waves. The sea was great and vast beyond and the sky was cloudy and white. The roar of the waves was terrific.

So would anyone like to hazard a guess as to what all this means?