School’s out! Its been an extremely crazy few weeks at school so I’m falling behind in all the documentation of the random tiny experiments and projects I’ve been working on lately.

This morning I tried to make a two servo walker for fun. Something relatively uncomplicated. There are many tutorials online for one servo walkers (eg: B.E.A.M walkers) with something called a bi-core, which is a simple oscillator that allows it to produce more complex behaviours, and which also involves some gears (which I do not have). So I decided to try to build a simpler two servo walker.

This was my simple design for the walker’s feet. The script I used was a very basic edit to the default servo “sweep” script which probably needs no elaboration on how to use… because it just works. 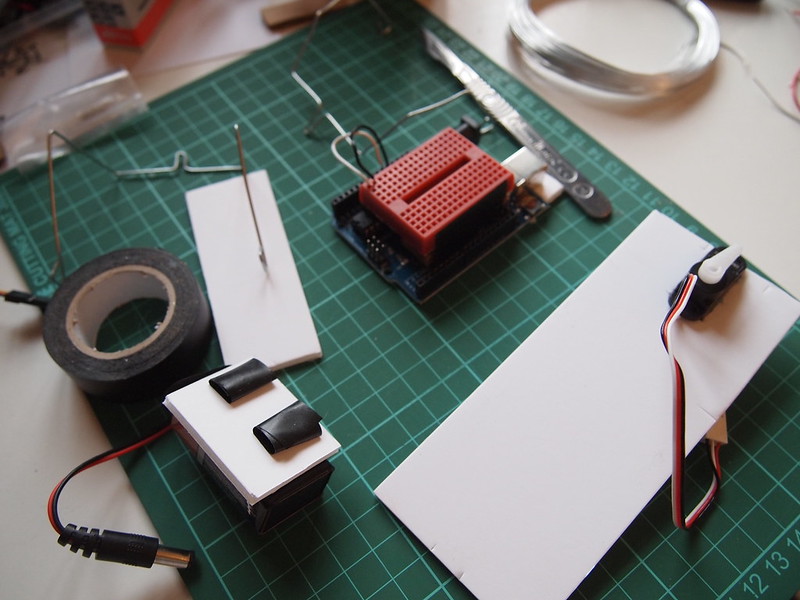 Assembling it together – I used an Arduino Uno, two mini servos, a small breadboard, some garden wire, mounting board and electrical tape. In my mind, having the front legs go in a different rotational axis seems to make sense so that the feet will lift off the ground. [Later I did try making them on the same plane (but opposite directions) and it did not work as well… but this is a design that can certainly be improved on…] 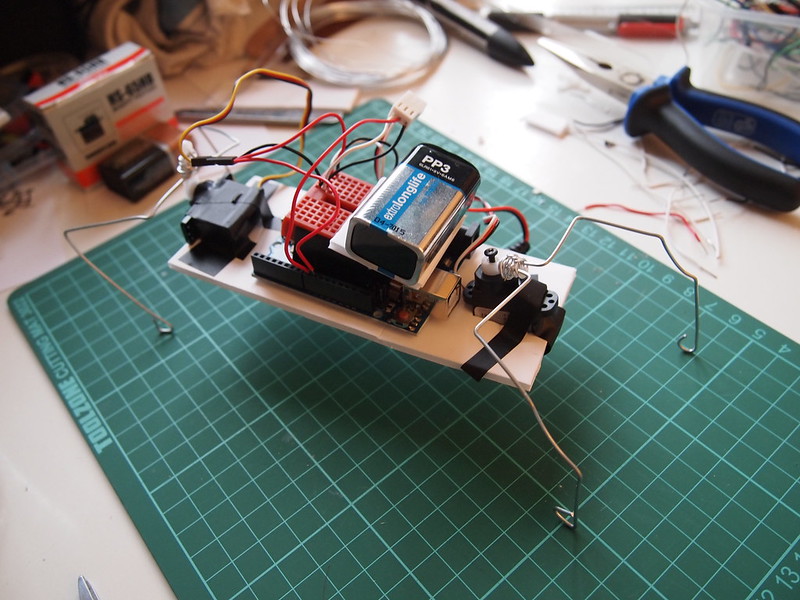 Not terribly complex but it does walk about slowly…

How to get ready for the 2063 annular solar eclipse