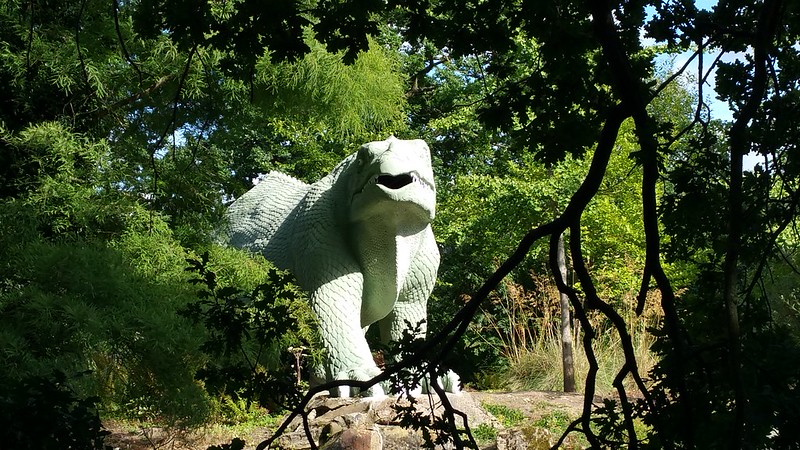 Ever since I saw that famous engraving of a dinner held inside the mould of the Iguanadon, I’ve wanted to see the Crystal Palace Dinosaurs in person. And so I went to see them some months ago! (Cripes, how time flies…) 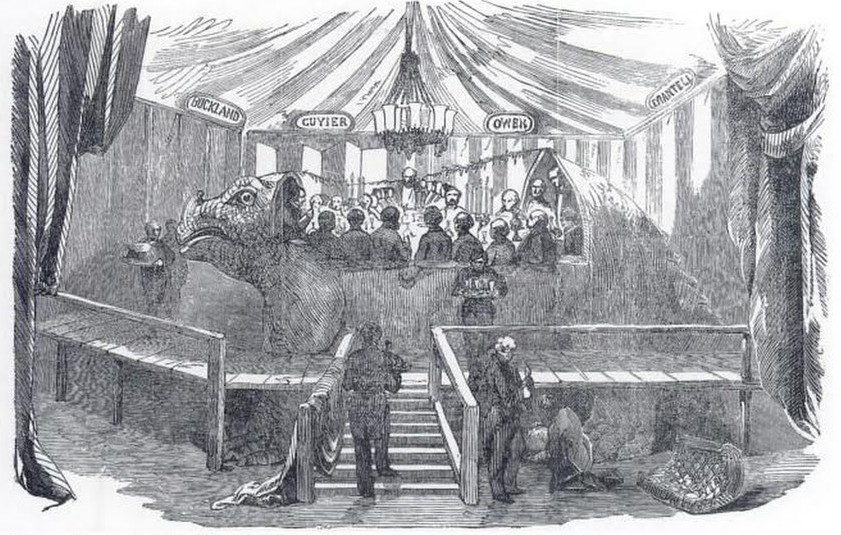 Dinner in the Iguanadon on New Year’s Eve 1853
Illustrated London News, 7 January 1854
Today the Crystal Palace may no longer be standing on the top of the hill, but its dinosaurs still survive on!

Directed by Richard Owen using the very latest scientific knowledge of the Victorian era, sculpted by Benjamin Waterhouse Hawkins and set in a rocky landscape designed by Joseph Paxton, the entire theme park was built between 1853 and 1855 (when Hawkins was told to stop work) and apparently looks more or less like it did back then, although I followed the audiotrail which takes you on a route in the opposite direction from which most Victorian visitors would have come by. These creatures underwent restoration between 2000-2003 and were upgraded from Grade II to Grade I listed after the restoration work.

Obviously over 150 years have passed since that day and our understanding and speculation on dinosaurs has changed a lot since then. It is also obvious that rivalries between scientists also added to their misshapen-ness. But their persisting interest to us today comes from them being one of the earliest known attempts to depict dinosaurs and other extinct animals – presenting these huge concrete reconstructions to the public in the form of this terrifying theme park and shaping early notions of dinosaurs in the collective imagination. Considering their size, the fact that these huge sculptures even managed to be completed was also quite a feat at that time. 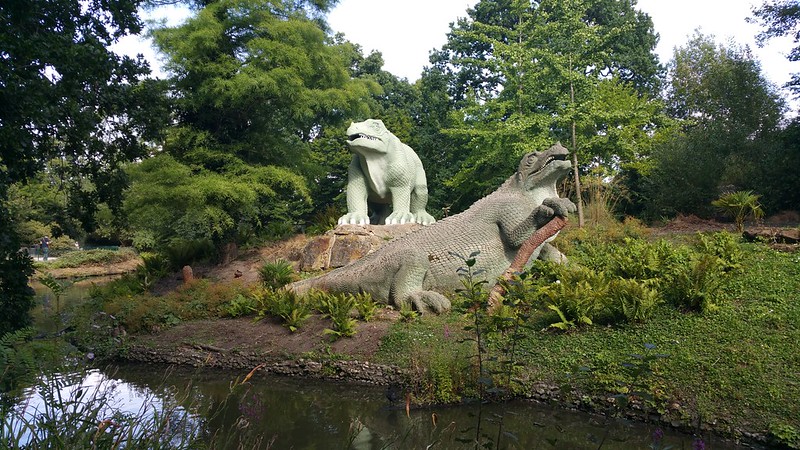 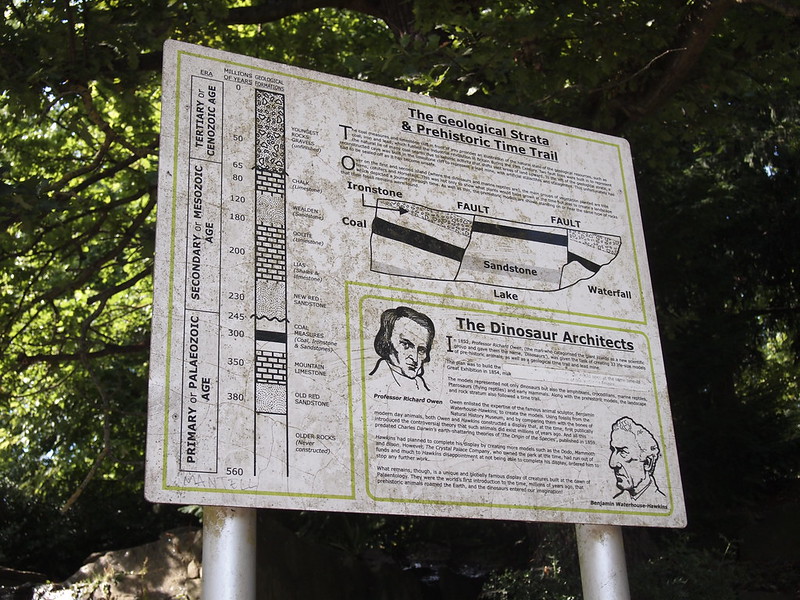 Whilst walking around the park I could not help but overhear many curious statements uttered by visitors which made me worry that perhaps the people visiting the park were somehow too busy focusing on trying to get suntans or taking pictures and selfies with their handphones and not at all reading the many detailed informational signs around the park.

It is possible that some of them had even failed to understand the premise or context of these sculptures. Alas, I suppose the practical fact of the matter is that reading dusty noticeboards about prehistoric life and making educated speculations does not necessarily rank high on the priorities of everyone on a summer’s day out. Which brings us to…

MISUNDERSTANDINGS IN THE MODEL DINOSAUR PARK!

Actual statements overheard on a trip to Crystal Palace on August 13, 2016 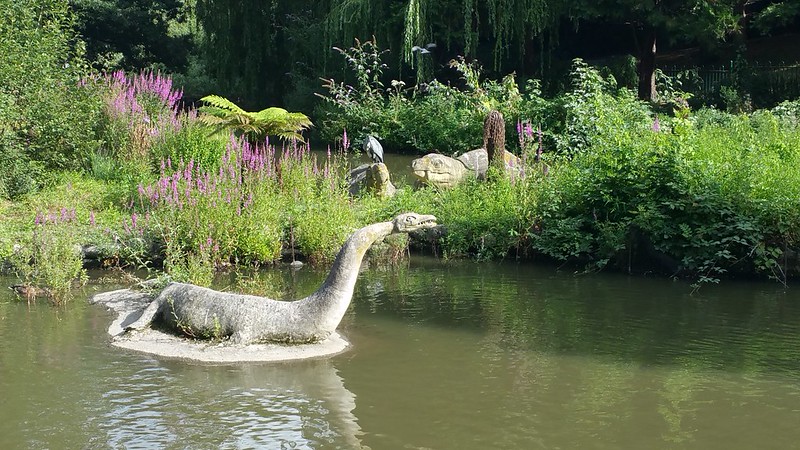 “Ooh! Look at the snake! See that snake? Can you see the snake? Snake?”
said a grown woman to her pre-language stage toddler. 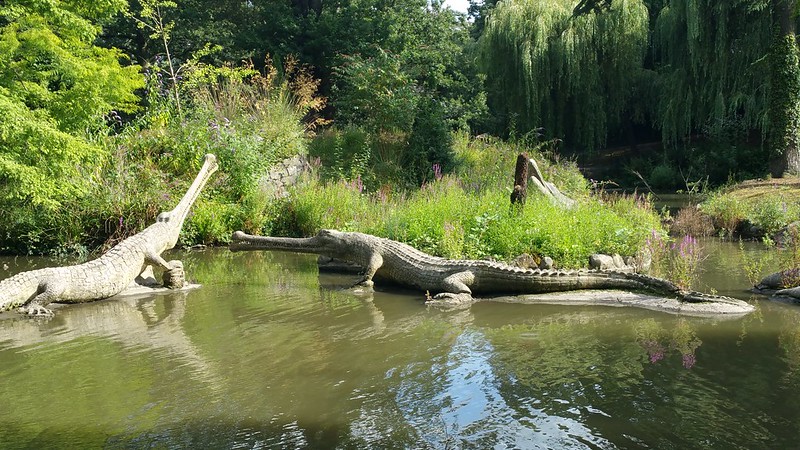 “Why is the crocodile’s beak so long?”
asked a genuinely puzzled adult woman to her male companion. 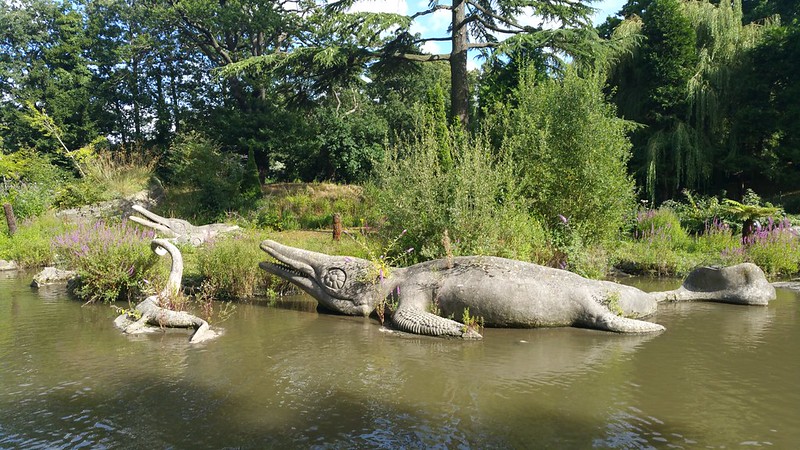 “Say what you like about these reptiles, they’re the only ones still going!”
confidently said a grown man, to his young child and elderly father.

So… I’m going to end this with a picture of an angry squirrel that I also saw in the park. (It wanted nuts. I ran out of nuts.) 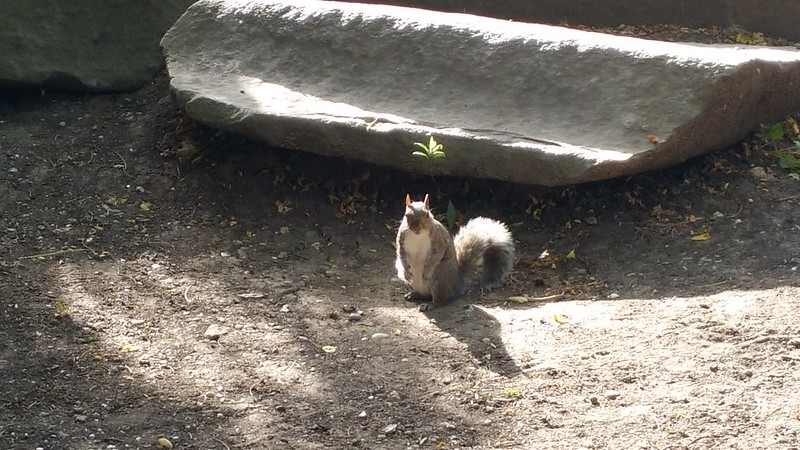