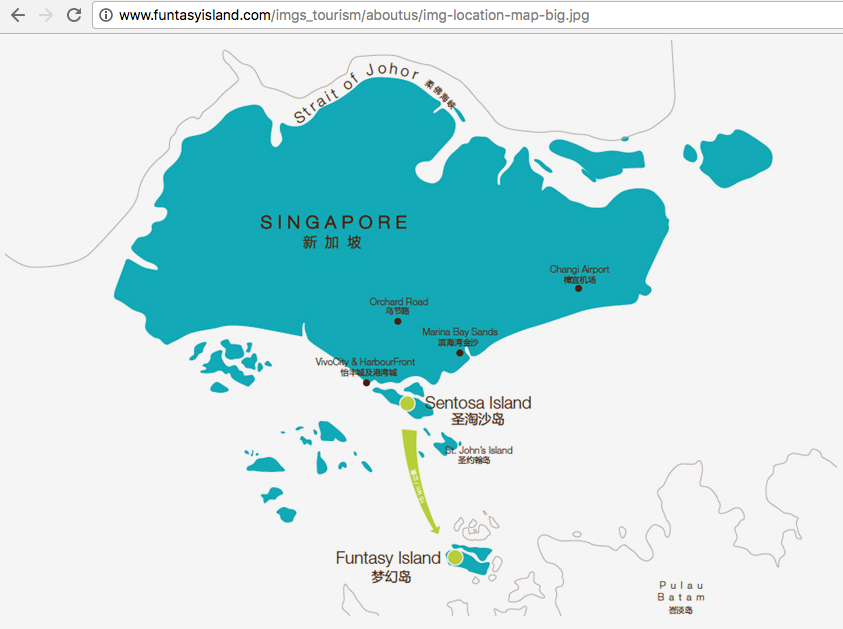 Perhaps this is old-hat news to all folks with their ears pressed to the ground here, but of late I haven’t kept up with the news and I’ve only just heard of the story of Funtasy Island and its curious case of cartographic confusion which happened a few months back in June 2016.

A little sleuthing (actually just some common sense in extrapolating the possible file name of the previous map) resulted in this find:

Hold on to your flags, it’s not a land grab, it’s just a problematically coloured map produced by a marketing team!
So this was the map that started the misunderstanding…

“Funtasy Island” is described on its website as “328 hectares of pristine tropical islands” which “will be home to a limited number of villas carefully designed to sit harmoniously with the unspoiled natural environment”. Formerly known as Pulau Manis, the Singapore-based developer, Funtasy Island Development (FID), had renamed it as as “Funtasy Island” when it recently unveiled its resort map to the world in June earlier this year. Located 16km from Singapore, its “artist impressions”/promotional pictures also depict a very visible Singapore Skyline in the distance and it is advertised as soon to be having a direct ferry service from Singapore.

Funtasy Island developers thought they were highlighting its proximity to Singapore by producing a map for marketing purposes which depicted the cluster of islands coloured in the same blue colour as Singapore, but the image went viral after first being covered in the Jakarta Post and the colouring was immediately interpreted by Indonesians as being Singapore’s attempt to claim the island as Singapore territory, resulting in a knee-jerk reaction from Indonesian media and amongst Indonesian politicians.

Indonesian Army Personnel from Kodim (Dandim) 0316/Batam were even being dispatched to go down to plant the Indonesian flag on the islands, and a ‘deeply puzzled’ Ministry of Foreign Affairs in Singapore issued a statement: 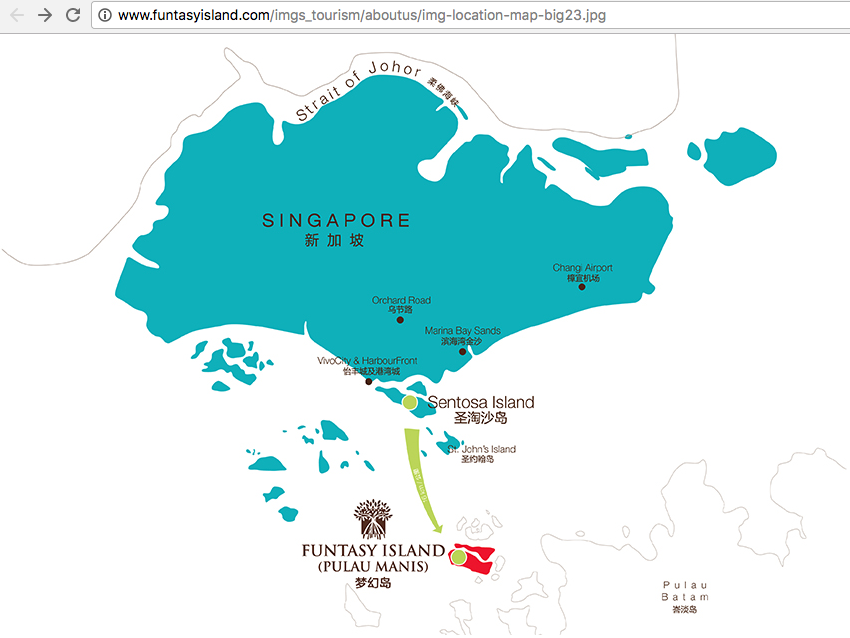 Red. The Colour of the Indonesian Flag.
Now totally no one is going to mistake it for Singapore, that little red d- oh wait…
Certainly this belies the many sensitivities between Singapore and Indonesia and its other close neighbours, bubbling just beneath the surface. Perhaps for some it might have brought to mind the prolonged Ligitan and Sipadan dispute – when Indonesia and Malaysia had a territorial dispute over the Indonesia-Malaysia maritime boundary and the two islands – which the International Court of Justice (ICJ) later determined to be Malaysia territory. Or the case of Nipah Island, which has been one of the agreed basepoint for Indonesia’s maritime border with Singapore – over the years millions of cubic metres of sand were dredged and sold to Singapore for its own reclamation works, eventually triggering Indonesia concerns about Nipah Island becoming submerged below sea level during high tide, prompting extensive reclamation work on the island in order to preserve it as the agreed basepoint for Indonesia’s maritime border with Singapore.

The Treaty between the Republic of Indonesia and the Republic of Singapore Relating to the Delimitation of the Territorial Seas of the Two Countries in the Eastern Part of the Strait of Singapore was signed again for the second time in 2014 – extending the part of the line that has been previously agreed upon – but so far only some portions of the maritime border between Singapore and Indonesia has been defined and agreed on. Apparently some of the remaining parts yet to be determined may also require Malaysia’s involvement – since at some point Singapore’s waters do meet with both Malaysia’s and Indonesia’s!

Despite its technical trickiness, surely the only outcome desired by both Singapore and Indonesia would be a peaceful agreement that would be in the mutual interest of both countries. So people, be careful with how and what you map! For as it has been proven, it’s not all fun and fantasy, these maps wield power… 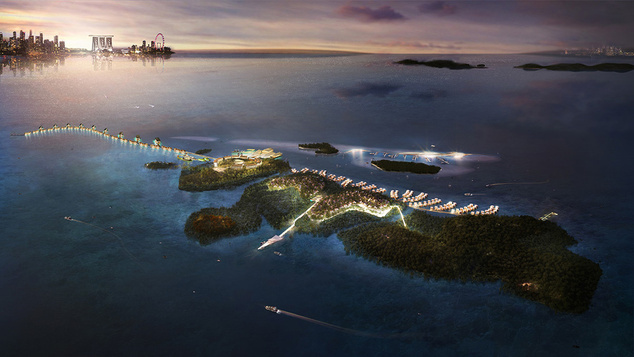