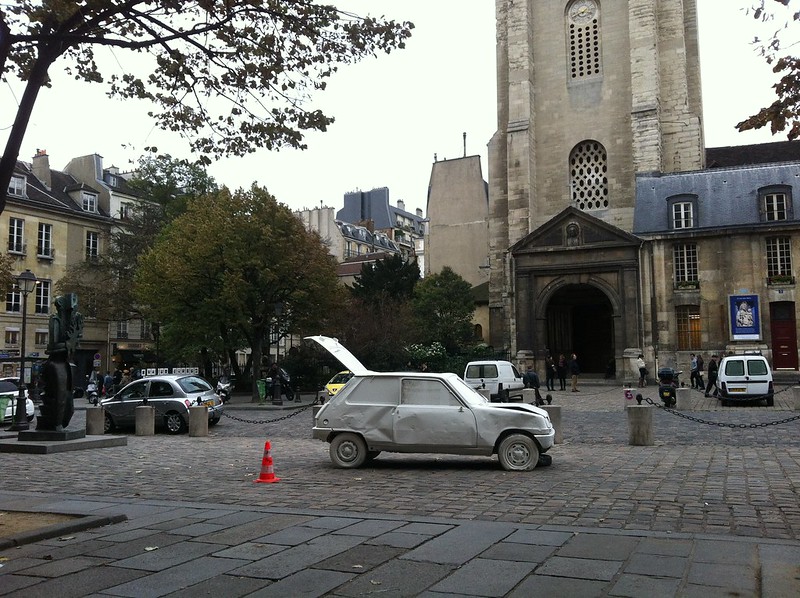 I am currently working on a project to document all the dates that I find on roads in Paris, and to match them with a story.

It began with the image of 05/09/12 that I found on the 05/09/12 itself while walking to the Louvre. I arrived in Paris on 03/09/12 and it was the third day that I was in Paris, and there was a new pavement being made. It was perfectly black and shiny and the heat was still coming off it. It looked like a sign, like it had just appeared so that I could find it!

Subsequently, for the last two months I have been walking around in Paris on foot collecting dates and also asking people if they can remember what they were doing on one of these dates. I ask people to write me a description of the day as if they were writing me a postcard from that date. The dates were assigned at random from the pool of dates that I have collected. The most magical part is probably seeing people’s reaction to being asked to recall a date very far back in their past. As of today, 5 November 2012, I have collected and processed 201 unique dates and 79 stories. 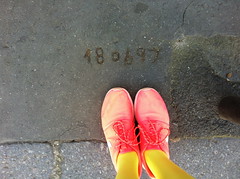 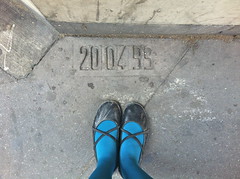 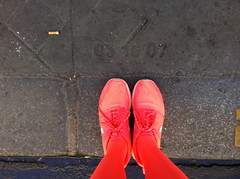 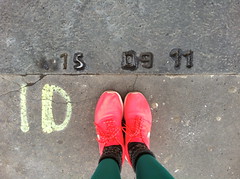 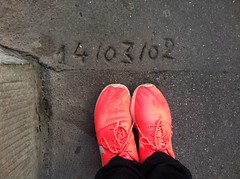 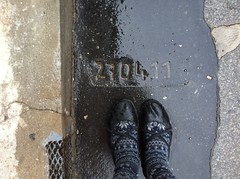 Random sample of road dates in Paris
I find that the spaces in cities are experienced in trajectories rather than in zones and their boundaries. I have been walking a certain path from the Gare de l’Est to the Porte Saint Martin, and then to the Boulevard de Sebastopol until I reach the River Seine, and into the Ile-de-France, and then onwards to the Latin Quarter. Sometimes I take the 38 bus up and down. I have repeated this so many times that the entire path has become familiar. After becoming familiar with that path, I started exploring other paths. Along the way, one frequently encounters dates on the pavement, like chronological monuments physically etched into the city, embedding the markers of time and dates into the fabric of the city. All the photos I take are geotagged so that later, I can map out the positions of these dates, forming the outline of my trajectory through Paris. By looking at the markers on the map, I can recall what I was doing on that particular day.

A friend who was a writer told me that he “stored” his memories in the books that he was writing, because by doing so he would not have to carry them with him all the time; he reasoned that if their stories were written into his books, then he could always go to the shelves of someone else who might have a copy of his book, and he would always be able to find them back.

I wonder if more stories can be stored inside these dates in the streets. For me, the geotagged pictures of dates on the roads are the markers of my own trajectory and journey as I travel through the streets of Paris. I wonder about the trajectories and the journeys of others. By fitting stories to dates in the roads in Paris, I want to make monuments of these dates that have been marked into the roads. Mundane, serious, vague, or foggy, I collect them all. The journey is a process, and the process is in the journey.

I am working towards a presentation of this work in a group exhibition on 16/11/12 at Immanence, at 21 Avenue du Maine. If you are in Paris, please come to see the show! 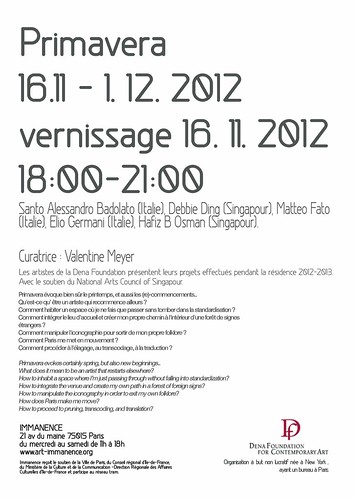 Spotted on Penhas Road while walking from Kallang to Little India! It should be easy to figure out…
Debbie Ding

Hello world, I’ve been working tirelessly but I haven’t really posted here in a bit. I guess I…
Debbie Ding