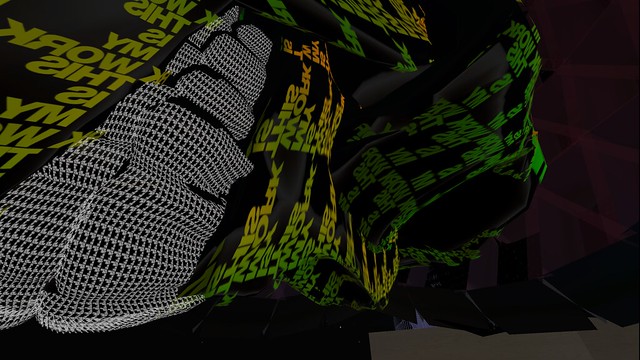 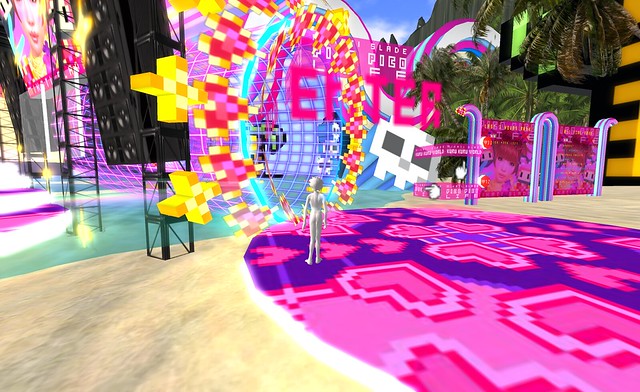 When I am bored, I sometimes take a walk around the ‘Destination Highlights’ on Second Life. I suppose it was one of those things I continued playing even as everyone else I knew in real life left the game, probably because I still enjoyed it as a space for scripting and playing in sandboxes. As usual, one can always find a number of things to see, and installations and artworks in Second Life, such as the spots above at LEA (Linden Endowment for the Arts), but last week I clicked on a random advert (maps.secondlife.com/secondlife/Hathian/137/124/2605) for a destination in Hathian that was highlighted that week in SL. I was teleported to the “Hathian Crack Den” which also had this one particular shopfront… 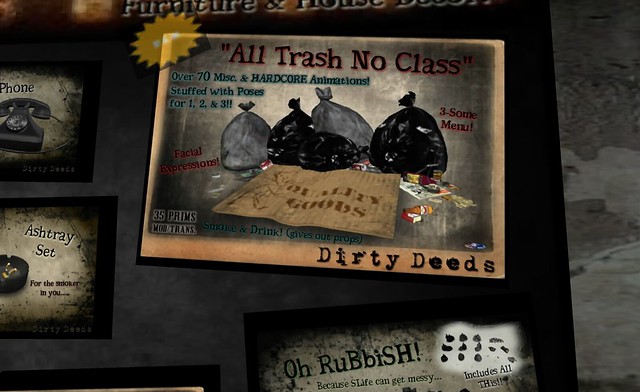 An advertisement for Trash and Rubbish. 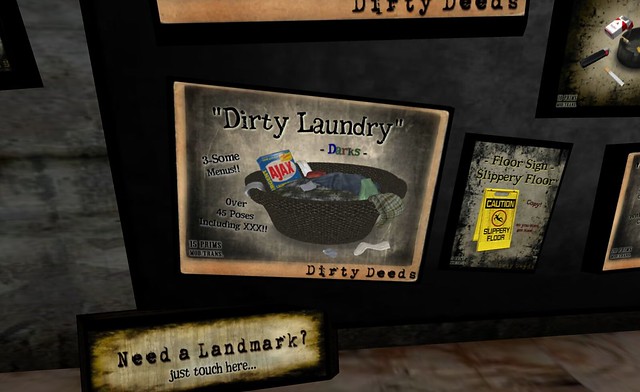 Yes, it was a virtual storefront for a virtual box of trash and rubbish. And dirty laundry. Nothing new you might say, since there are many “grungy” places in Second Life. So people who are building such places must be buying up this virtual trash. Made for the people who are too lazy to sculpt up some prims to make their own dirty laundry, or perhaps, should I say, those who might not actually have loads of trash lying about and dirty laundry in real life? Because I recently watched Louis Theroux’s preposterous docu entitled THE CITY ADDICTED TO METH (a completely different world from Singapore, I might add), and let’s just say I don’t think many of those people addicted to crystal meth are on the internet playing Second Life. And even if they were, I don’t think they would create a Second Life in order to play the role of a virtual crack addict all over again. And to sell Virtual Trash (of which its contents are indistinct except for the understanding that this looks like a pile of trash on the ground?)? Who is building this? And who is buying this? OH GOD AM I BECOMING COMPLICIT IN ITS CREATION BY BEING HERE…? 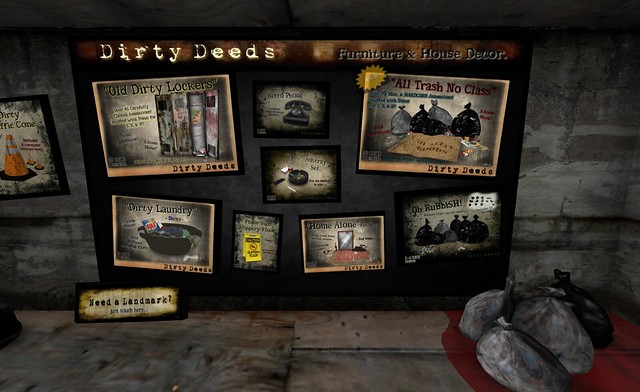 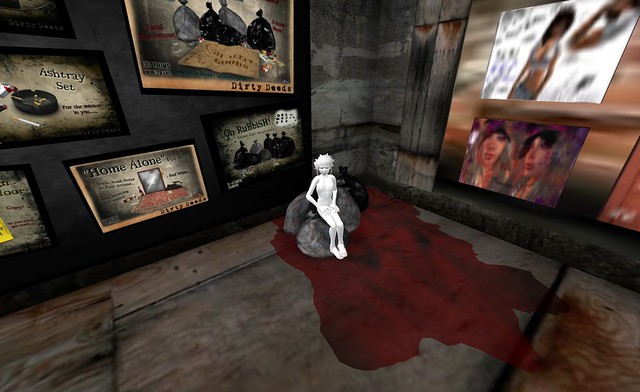 Alright, but objectively now, in any case, it seems so wrong that it completely crosses the boundary of wrong and comes back around on the other end. And joins the list of WRONG THINGS THAT ARE UNEXPECTEDLY AWESOME BECAUSE THEY ARE COMPLETELY WRONG AND SHOULDN’T EXIST.

Physical items are able to become waste material or trash, but virtual items cannot turn into physical waste material. As Flusser writes, “Information is synonymous with value. However, if apparatus can create information in the place of humankind, what about human commitment? What about values?”

I suppose for me, the virtual trash is the ultimate black hole of meaning. Objects mostly get their meaning from what they are used for, or from their shape. To transfer the image of trash to a virtual/digital state that doesn’t exist in the physical realm, and to also erase the meaning and create it without an original physical shape in mind (being just a pile of trash), and YET to create a product that sells itself on the very feature that separates real things from virtual things (the potential ability of real and useful things to eventually become physical useless waste), is a kind of entropy itself. And the potential transaction of purchasing this virtual trash, would be the ultimate simulacra. Like partially gibberish spam advert emails, this is the virtual, 3d embodiment of pointless commercialism and empty meaningless packaging present in almost every facet of modern life today.

Why do people turn to digital formats anyway? Was it not to avoid this very entropy in the first place? To avoid the disintegration and decay of paper, of flesh, of physical things, and to create eternal digital memories for information that would potentially outlive the physical records?

From Philip K Dick’s “Do Androids Dream of Electric Sheep”:

“Kipple is useless objects, like junk mail or match folders after you use the last match or gum wrappers or yesterday’s homeopape. When nobody’s around, kipple reproduces itself. For instance, if you to go bed leaving any kipple around your apartment, when you wake up there is twice as much of it. It always gets more and more.”

“The entire universe is moving toward a state of total, absolute kippleization…”